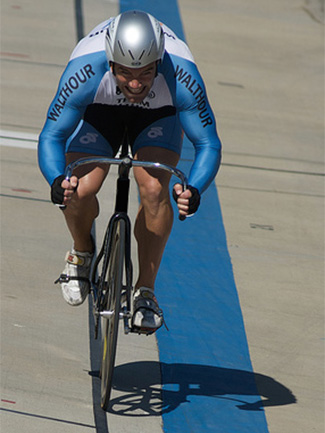 Bobby Walthour IV continued the family tradition starting in 1985 at the Hellyer Velodrome in San Jose, CA. He quickly became a national-level racer resulting in opportunities to represent the United States internationally and as a member of the US National Team. Thirty-plus years later, Bobby is still racing at the elite level.

Bobby is a proud member of the US Bicycling Hall of Fame Board of Directors because it provides the opportunity to preserve the long and amazing history of American bicycle racing.