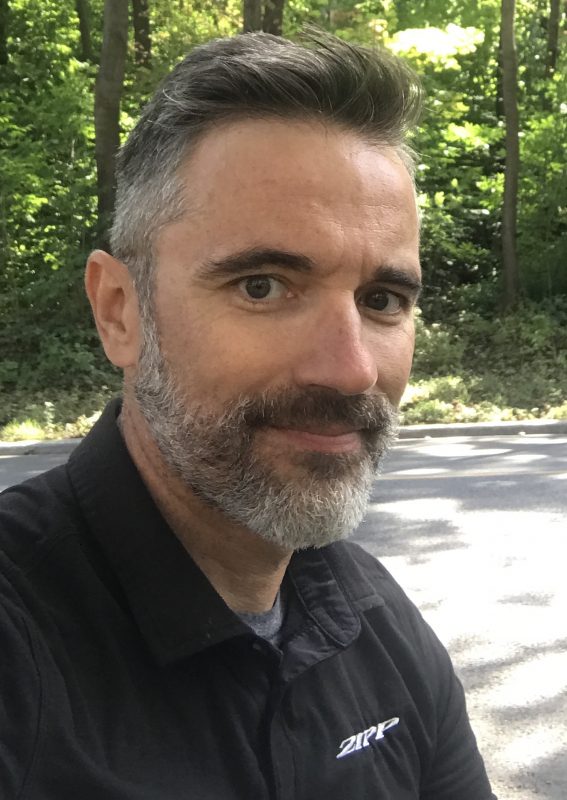 Daniel Lee developed a love of writing and cycling as a teenager and has stuck with both since. He now works in digital and print communication and public relations for SRAM, a global maker of cycling components, and its Zipp Speed Weaponry division. He spent more than 17 years in journalism including positions as a business-technology reporter at the San Jose Mercury News and a business reporter and columnist at the Indianapolis Star. His nonfiction book, “The Belgian Hammer: Forging Young Americans into Professional Cyclists,” was featured on NBC Sports Network’s live coverage of the 2012 Tour de France.

In 1993, Lee worked as a communication assistant for International Cycling Productions in Stamford,Conn. ICP organized and promoted the Corestates U.S. Pro Cycling Championships, the First Union Grand Prix, Thrift Drug Classic and other major pro road races. During college and grad school Lee competed in two Collegiate Road Cycling Championships (1991 and 1992) and briefly in Belgium and Germany (1992). He also was a member of the Chicago Wind — for half a race! — of the National Cycle League in 1991. Lee holds bachelor’s degrees in history and magazine journalism and a master’s in journalism from Ball State University. He lives with his wife and three children in Carmel, Ind.