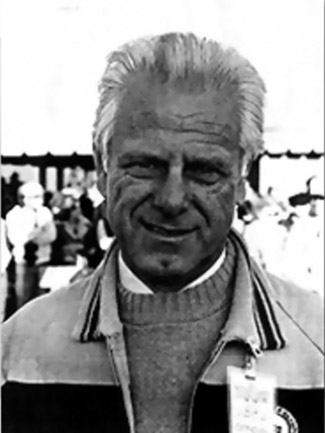 As a competitor, promoter, official and a leader in cycling advocacy both regionally and nationally, Ernie Seubert has been continuously involved in the sport for decades. After more than a dozen years competing on the national stage, Ernie’s commitment to governing the sport saw him take on the leadership positions with the Amateur Bicycling League of America/US Cycling Federation, the US Olympic Committee and the organizer of the 1978 Junior World Championships, among others.

Ernie has helped set modern day standards for cycling’s rules and regulations and also worked to promote developmental events for young riders and various women’s cycling races. He served as the cycling road coach for the 1972 Olympic Games in Munich and was the Assistant Chef de Mission of the US Olympic Committee at the 1992 Barcelona Olympics.

For more than 30 years, Ernie served as a member of the Board of Directors of the Amateur Bicycling League of America, including four years as its president. He also served in a similar role for the US Olympic Committee, with a four-year stint on its Executive Committee. In 2002 he was recipient of the US Olympic Committee’s “President Award”.

Most recently, Ernie has been a member of the US Bicycling Hall of Fame’s Board of Directors since 1996, serving as its president for four years. He currently is a past member of the Executive Committee and chairs the Nominations and Selection Committee. Recognized for his decades of varied contributions to the sport, Ernie was inducted into the Hall in 1994. Professionally, Ernie is retired from his career as an Executive Vice President with Campbell Solberg Insurance in New York City.

← Andy Taus Tom Schuler →
We use cookies on our website to give you the most relevant experience by remembering your preferences and repeat visits. By continuing to use this site or by clicking “Accept”, you consent to the use of ALL cookies. Privacy Policy
Accept All
Manage consent