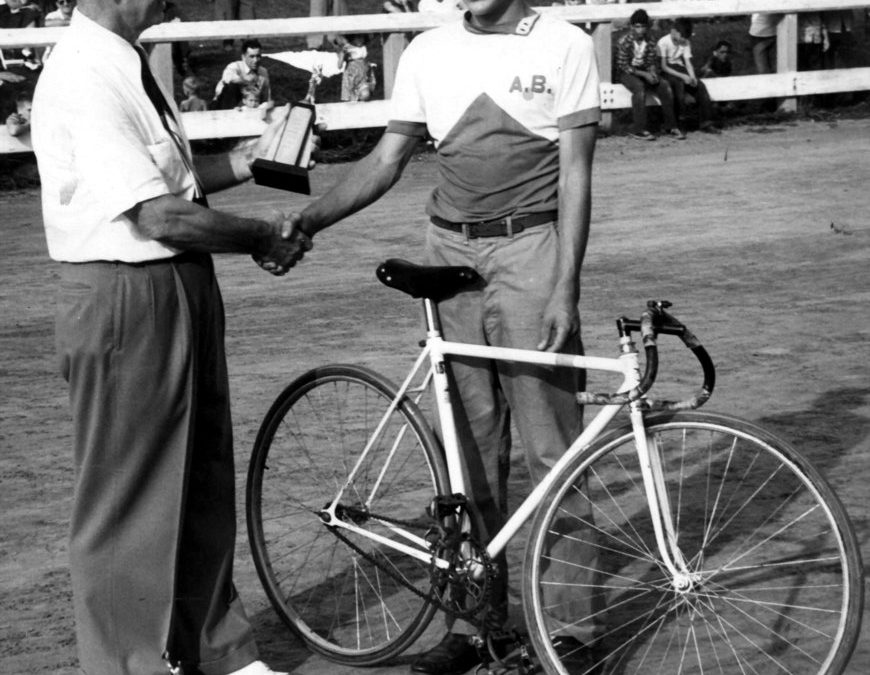 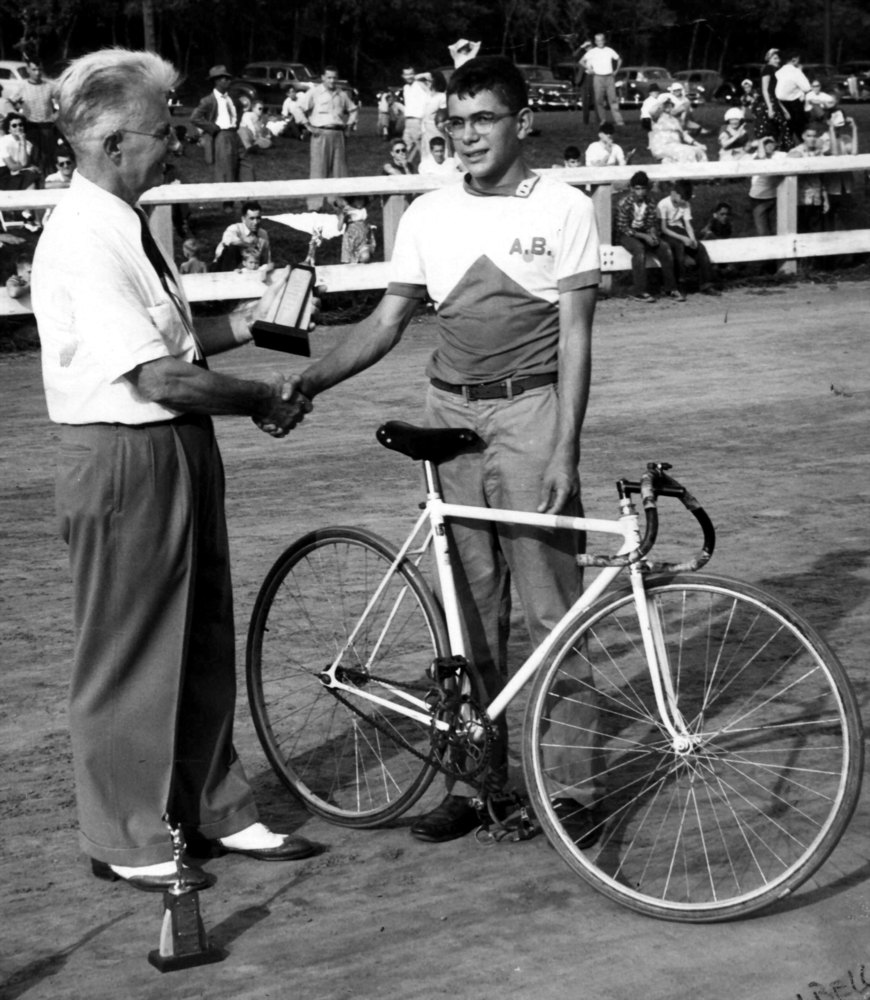 This Somerville, New Jersey resident was a member of the 1956 and 1960 US Olympic Teams which competed in Melbourne, Australia and Rome, Italy. He was also the alternate to the 1964 Games in Tokyo. Allen’s specialty was the kilometer time trial, an event in which he was to set national records on more than one occasion and win the Gold Medal in the 1959 Pan America Games in Chicago, IL. Bell’s career began with the 1949 National Junior Championships in Balboa Park in San Diego, CA where he finished fourth. He was to finish in the top three in National Championship competition on five occasions and in 1985, won the Masters National Track Championship. Five times he has finished second in the prestigious Tour of Somerville, NJ. Bell also won a Masters 55 years and over event at Somerville. 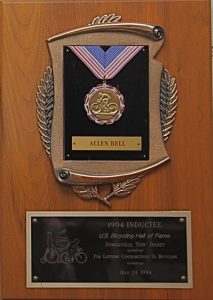