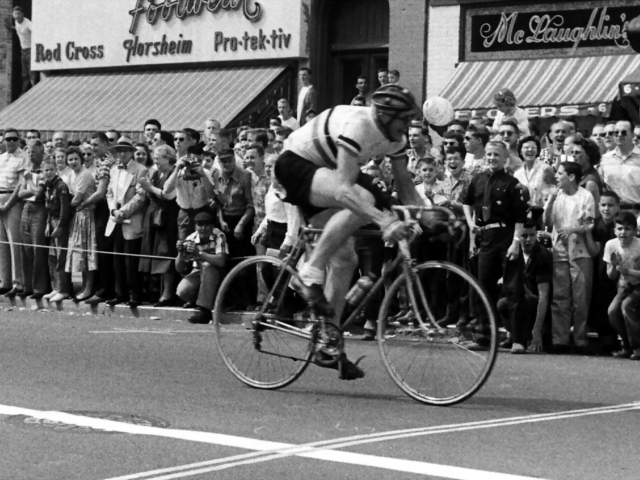 Biography
Because of his aggressive riding in the late 1950’s and 1960’s, Arnie earned the nickname “THE GOVERNOR”. He was a member of two Olympic Teams as a speed skater in the Winter Olympics in 1960 and as a cyclist in the Summer Olympics where he competed in the 4,000-meter pursuit team in the Tokyo Olympics in 1964.