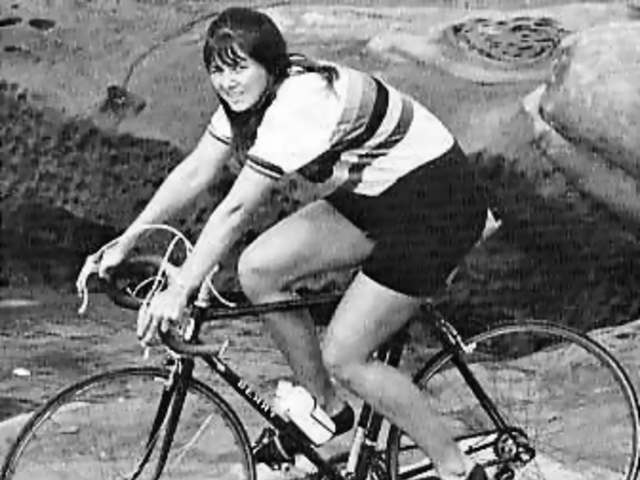 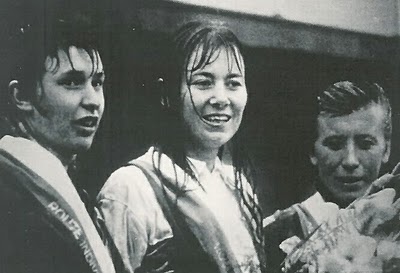 Biography
When Audrey McElmury won the women’s world road racing championship in Brno, Czechoslovakia in 1969, she and the other two medalists were kept standing outside in the rain on the awards podium for more than a half-hour as officials scurried to find a recording of the Star-Spangled Banner to play for the awards ceremony. So many years had passed since an American had won a world championship that officials didn’t have a record close at hand, and there was no band to strike up the music. She won clean, on a solo breakaway in the 43-mile race, 70 seconds ahead of an English rival followed by a Soviet. McElmury’s victory marked a watershed in American cycling. She became the first U.S. cyclist, man or woman, to win a road racing championship.
Her victory followed a rigorous diet of racing in open competition against men. She won several national track championships. Before leaving for the 1969 worlds, she set the women’s hour record on the outdoor Encino Velodrome of 24.8 miles, riding a regular track bike, which lasted 20 years.
She grew up in La Jolla, California and took up cycling in the early 1960s to strengthen her legs after she broke an ankle skate boarding. She married her high school sweetheart, Scott McElmury, and they went to Europe for a bicycle tour. They joined southern California’s racing community. She learned to read a race and knew where to go at different times in the pack. She also lifted weights, doing squats with 210 pounds, when most riders avoided the gym.
Like others at the time, she worked 40 hours a week―as a lab tech in genetics at the University of California at San Diego. Flexible hours allowed her to train and travel―without pay―to compete several times in Europe.
On August 21, 1969, at the Brno, Czechoslovakia world championships, she lined up against 43 riders from 16 countries. The 8.7-mile rolling course featured a 2.5-mile hill. About half-way through the event, rain poured. McElmury fell on a corner, got back on her bike, and chased to regain the pack. She broke away with five miles to go. After she won and officials finally found a record with the U.S. national anthem, a new era in American racing was heralded. 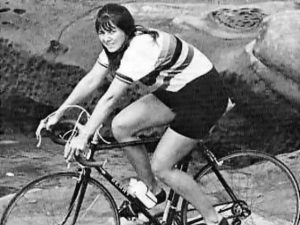