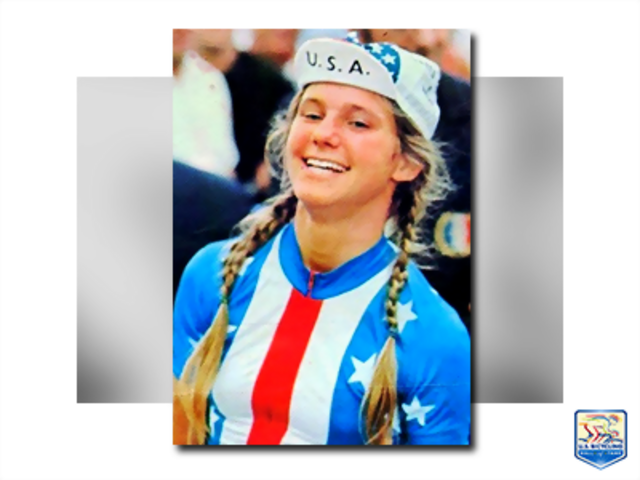 Biography
A gifted and dynamic athlete though only 5’2” and 105 pounds, Beth Heiden was born in Madison, Wisconsin on September 27, 1959. At the age of seventeen, she attended her first Olympics in 1976 for speed skating. Because of an ankle injury, she received a bronze medal in the speed skating category during the 1980 Olympics in Lake Placid.

She competed in cycle racing for only five years, but won many national and international championships. She was named “Sportswoman of the Year” by the U.S. Olympic committee. Though Heiden had attended the University of Wisconsin as a physics major, she transferred to the University of Vermont in 1981 where she started cross-country skiing.

She now lives in northern California with her husband and three children. She has an undergraduate degree in math and a master’s degree of science in civil engineering, and she is a daily bicycle commuter to her work at Apple.