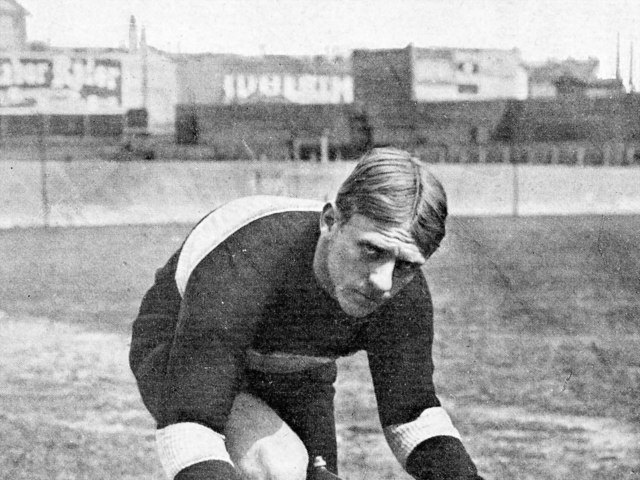 Walthour rose from a lowly bicycle messenger in Atlanta to a two-time national and world cycling champion who was nearly as popular in Paris and his adopted home of Berlin as he was in his hometown of Atlanta. Walthour’s career parallels the surging popularity of the bicycle craze that swept America in the late 1800s and early 1900s.
As many of his contemporaries, Walthour competed in different styles of races – from sprints (short, tactical contests that start slowly and end in a fury of frame-bending speed) and motor-pacing (high-speed, extremely dangerous contests in which riders follow perilously motorcyles) to the notorious six-day races (grueling, often brutal marathons). Walthour excelled in all three forms. He started his career as a sprinter and developed into a formidable six-day rider, but he achieved his greatest fame as a fearless motor-pacer.
In many respects, Walthour’s story is a classic rags-to-riches tale. Although his family was once prominent (Walthourville, a small town in the swamplands near Savannah, Georgia, was named after his grandfather), he grew up in a large, working class family. His father died when he was a youngster.
Bobby was only 18 when he married his wife in fairytale fashion — eloping on a bicycle built for two. The couple had four children, one of whom, Bobby Walthour Jr., grew up to become a famous cyclist in his own right.
In 1894, he began as an amateur racer in Atlanta, and steadily rose through the professional ranks. By 1905 Walthour had won two national motor-pacing championships, two world motor-pacing championships, and twice won the great six-day race at Madison Square Garden. Walthour was also a two-time European champion in motor-pacing, in 1911 and 1912.
At the peak of his career, in 1904, Walthour earned more than $60,000, a staggering sum for the time. (Babe Ruth, by comparison, earned $80,000 in his highest-paid season with the New York Yankees twenty-five years later.)
Although Walthour was one of the few professionals to have a long career that specialized in motor-pacing (mostly because dozens of his rivals were killed in motor-pacing accidents), he did have horrific crashes. In 1915, the Washington Post listed some of his injuries: “broke his right collar bone twenty-seven times; broke left collar bone eighteen times; suffered rib fractures thirty times; had more than forty stitches taken in both legs; has more than 100 body scars as a result of bruises; he has about sixty stitch marks in his face, forehead and head as a result of sewed up wounds; has broken six of his ten fingers, has been pronounced dead twice and fatally injured at least six times.”

In April 2011, a biography on Walthour was published by Potomac Books called Life in the Slipstream: The Legend of Bobby Walthour Sr., written by Andrew M. Homan. 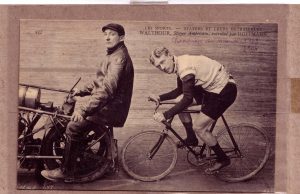