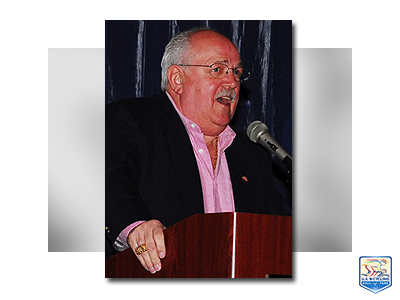 Inducted in 2009 for Contributor

Biography
Clayton has been instrumental in the formation and evolution of the sport of BMX racing. In 1972 he opened a bicycle shop in State College, Pennsylvania where he introduced the sport to the public along with coaching and training the Penn State Cycling team.
Beginning in 1977, he operated a BMX track in State College, PA which became the first American Bicycle Association (ABA) BMX track in the north-east in 1979 and hosted its first national champi-onship in 1981.
He started Goldline, Inc. in 1982 which sold BMX products at bike shops and on the national circuit.
John built ABA tracks from 1982-1985 on the lo-cal and national level and is credited with creating many of the rules that govern BMX racing and shaped the sport of ABA BMX. John also created the first contingency program which allowed professional racers to earn a living. After serving as vice-president of sponsorship and marketing, John became the ABA President in 1985 and served in that capacity until the end of 2008.
As National Race Series Director, he also helped organize over 30 national level BMX events each year in USA and Canada. John is still a consultant with the ABA and remains active in the sport while serving on the USA BMX Board of which he was a founding member under the governance of USA Cycling. 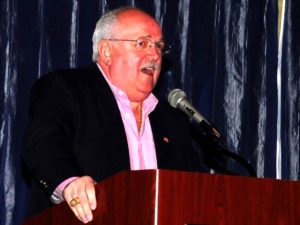