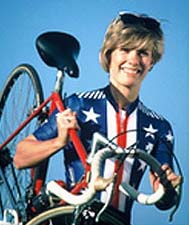 Biography
Born July 4, 1961, in Detroit, MI, Connie is a 5-time Olympian (3 times for Cycling and 2 times for Speedskating) capturing the Bronze Medal in Seoul in 1988 in the cycling Women’s Match Sprint event. There are currently only eight athletes that have competed in both the Summer and Winter Games, and Connie is one of them. She won the Cycling World Championship in 1982, 1983, 1984 & 1990 and 11 U.S. National Championship titles. Connie’s speedskating accomplishments include three National Championships.
During her competitive years, a career that spanned 20 years, she was known as a tenacious fighter in addition to being highly motivated and focused. Connie credits her family’s support with much of her athletic success and holds as one of her major highlights her family’s presence at the 1996 Atlanta Games as she raced for the final time on the Olympic Velodrome. 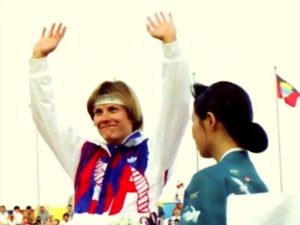 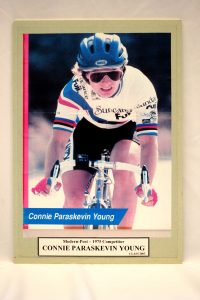