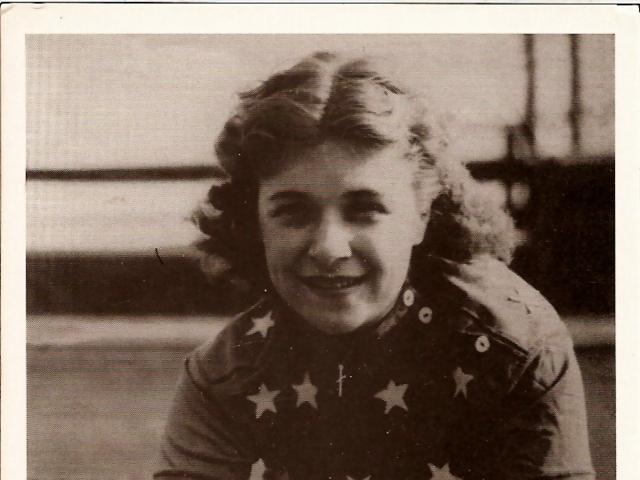 Biography
When the Amateur Bicycle League of America, predecessor to the U.S. Cycling Federation, expanded its national-championship format in 1937―in a program in Buffalo, New York―to introduce the women’s title competition, fifteen-year-old Doris Kopsky of Belleville, New Jersey, won the first women’s national title, officially designated as the girls’ championship. 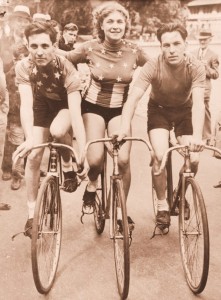 Kopsky was trained by her father, Joseph Kopsky, who had competed in the 1912 Stockholm Olympics on the cycling team that won a bronze medal in the team time trial. Joseph Kopsky had turned pro and rode six-day races, and afterward trained cyclists and made bicycle frames. Her father was so strict with her training that he refused to allow her to dance at sock hops, fearful that dancing would damage her legs.
The girls’ championship marked a major advancement in American cycling, which was traditionally a men’s club―going back to 1880, when the League of American Wheelmen began holding annual national championships.
The ABL’s nationals weekend program in September 1937 introduced the girls’ category, open to all females regardless of age, to expand its grassroots base as the national governing body presided over less than 1,000 members.
Doris Kopsky’s father had built her a custom track bicycle with a large ‘D’ painted on the crown. She was in her third season racing, often against men, in events in the Middle Atlantic and Northeast when she went to the Buffalo nationals in Humboldt Park. About a dozen young women, including a few from Canada, entered the one-mile race on Saturday and the five-mile on Sunday, which awarded points that determined the winner. Kopsky captured the one-mile and was second in the five-mile to win the official girls’ title. She received a gold medal with a diamond chip in the middle, and a silk national champion’s Stars and Stripes jersey.
From 1937 to 1939, she reigned as New Jersey district champion. She met another cyclist, Paul Muller, and retired from competition to marry him. They had two sons, Keith and Paul Muller, and moved to Gainesville, Florida in 1946. The national championship remained designated as “girls” until 1954, when ABL officials changed the title to “women.” 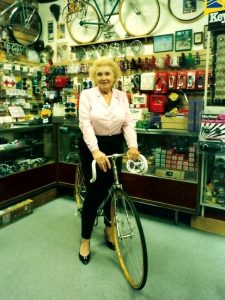