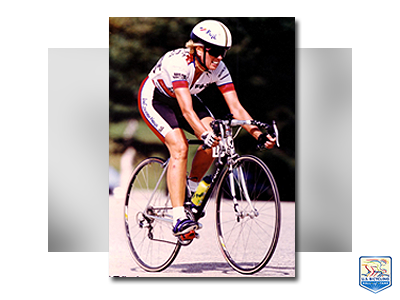 Inducted in 2010 for Contributor

Biography
Dottie Saling, a founding member of the U.S. Bicycling Hall of Fame, has staunchly supported cycling sports for a half century. Her involvement in cycling encompasses participation as a racing competitor, serving in administrative positions with numerous cycling organizations, and roles in international games, including the Olympics.
Saling was born in Somerville, N.J., where the U.S. Bicycling Hall of Fame was established in 1988. She entered competitive cycling at the age of 13 in 1957 and during the ensuing 30 years became so dedicated to the sport that she hiked cross-country to raise money for the Bicycling Hall of Fame. During her racing career she won more than 30 New Jersey state championship titles, captured numerous national and World Cup championships, and finished among the top five in 27 national championship competitions.
But her influence in cycling greatly transcended her athletic prowess on the track. Saling, a New Jersey certified school nurse and substance abuse counselor, became increasingly involved in coaching and cycling organization administration. In 1978 she began a 15-year tenure on the board of directors of the U.S. Cycling Federation, during which time she became that organization’s first female vice-president. She also served as chair of the cycling federation’s international competition committee and its national championship committee, and was a member of the technical, budget and administrative committees.
She earned designation as a U.S. Cycling federation licensed coach, enabling her to help the progression of other cyclists. She has served as coach and manager for U.S. cycling teams in competitions in France and Japan.
The cycling federation appointed Saling as its liaison to the U.S. Olympic Committee. 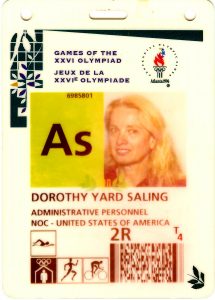 As a member of the USOC’s international games preparation committee from 1985 to 2001, she was chair of the team selection subcommittee; office manager in the athletes’ village at the 1996 Olympic Games in Atlanta; and a support staff member for athletes at the 1988 Olympic Games in Seoul, South Korea, and at the 2000 Games in Sydney, Australia. She also was a member of the athletes’ support staff at the 1987 Pan-Am Games in Indianapolis and the 1999 Pan-Am Games in Winnipeg.
Saling became a member of the board of trustees of the U.S. Bicycling Hall of Fame in 1988, and held the office of president from 1996 to 2000. She has received numerous commendations for her volunteerism, including a citation from the U.S. House of Representatives. She is a U.S. cycling official for various national championships, and organizes and promotes several events per year, including Junior Olympics development events. She remains treasurer of the Somerset (N.J.) Wheelmen cycling club, a position she has held continually since 1964 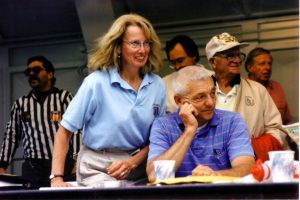