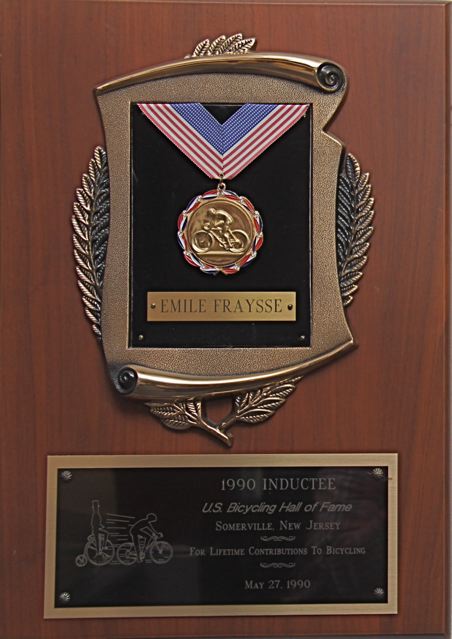 Inducted in 1990 for Contributor

Biography
Emile Fraysse was born in Paris, France and competed for twelve years as an American cyclist, winning over 300 races during his career. In 1910, Emile rode 22,645 miles and was named Best All Around Cyclist in the United States.
Later in his career, Emile coached and managed the 1928 and the 1932 U.S. Olympic teams. He was a founding member of the Amateur Bicycle League of America in 1920, and served as the president of the ABL of A from 1929 to 1933.
Emile is credited with convincing the Schwinn bicycle company to design and manufacture the American-made Paramount so U.S. racers could compete using a domestically produced professional bicycle.
Emile was a furrier by trade, as well as a professional musician. He lived in Ridgefield Park, NJ with his wife, Laura, and their two sons, Victor and Andre – both of whom served on the ABL Board of Directors, worked as national coaches and owned and operated cycling import and export businesses. His grandson, Mike Fraysse, followed in those footsteps.
(Courtesy of Susan Russ)