Biography
Born in Madison, Wisconsin, on June 14, 1958, Eric Heiden is best known for his performance on the 1980 U.S. Olympic Speed Skating Team in Lake Placid, New York, where he won an unprecedented five individual Olympic goals medals and set four Olympic records and one World record. He is an eight-time World Speed Skating Champion.
After his ice skating career, Eric became one of America’s leading cyclists from 1980 to 1986. He was an alternate on the 1980 U.S. Olympic Cycling Track Team, making him one of a handful of athletes to participate on a summer and winter team in the same year.
Eric was a founding member of the 7-Eleven Cycling Team, a European-style sponsored team he helped conceive for North American riders. In 1985, he won the coveted Hot Spot Sprints at the Tour of Italy, as well as the U.S. Professional Road Cycling Championship in Philadelphia. In 1986, he competed in the Tour de France. 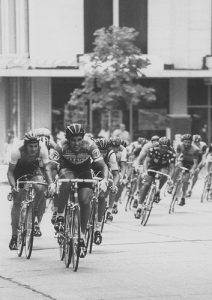 In addition to his noteworthy race performances, Eric’s participation in cycling generated an increased interest in the sport among the media, spectators and junior athletes. The press was quick to promote events when Eric and the 7/Eleven Team were coming to town.
Amongst Eric’s many awards and honors, in 1980 he received the James E. Sullivan Award as the top amateur athlete in the United States, United Press International Athlete of the Year, and the US Olympic Committee’s Athlete of the Year Award. In 1983, he was inducted into the United States Olympic Hall of Fame, and in 1990 he was elected to the Wisconsin Athletic Hall of Fame. Eric ranked No. 46 in ESPN’s SportsCentury 50 Greatest Athletes of the 20th Century.
Eric has served as a commentator for CBS Sports and is now an Orthopedic Surgeon with a degree from Stanford University. He resides in Park City, Utah with his wife and children.