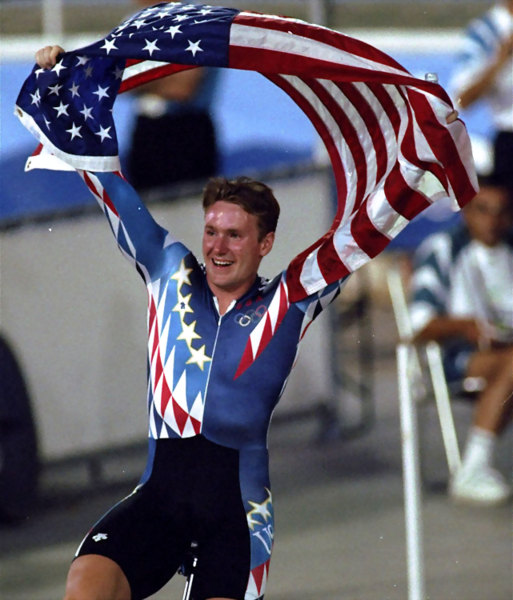 Biography
Erin Hartwell dominated the 1 kilometer time trial for the majority of the 1990’s, earning 8 national championships. Beginning with his first major victory at the 1987 junior national championships where he won the pursuit, Erin dedicated himself to competing against and beating the world’s best track cyclists. During his 15-year long career, he medaled in the World Championships, Olympic Games, World Cup Events, and Pan-American Games. Eric’s dream of reaching the Olympic Games was realized in Barcelona in 1992, where he would earn a bronze medal in the “Kilo.” Four years later in Atlanta he would climb another step on the podium to claim a silver medal and become the first American cyclist in history to medal in two consecutive Olympic Games.