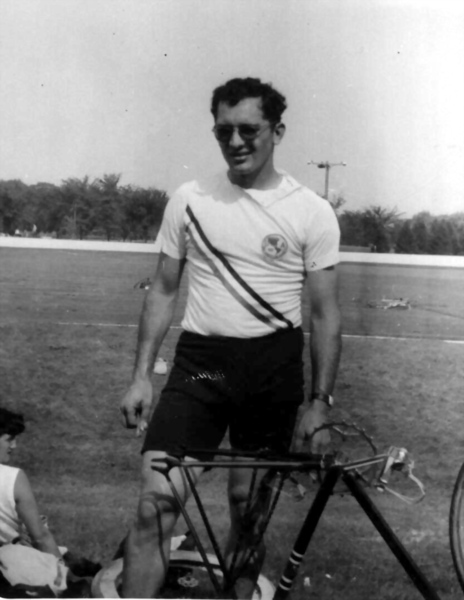 Frank was a member of the 1948 and 1952 Olympic Teams, the 1951 Pan Am Team and a member of the team competing in the US/Japan Goodwill Cycling Competition in 1951. Often, he competed on bicycles of his own construction. He served as coach of the 1959 Pan Am Games Cycling Team and the sole cycling representative on the USOC. He continued his career as a designer of tracks and bicycles for the Schwinn Bicycle Company.