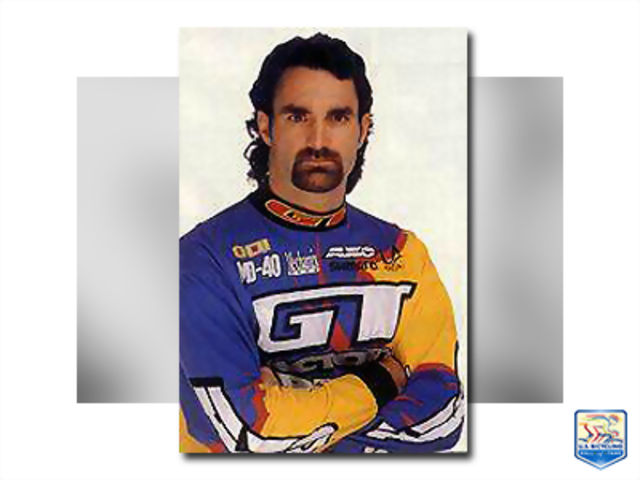 Inducted in 2010 for BMX
Biography
Gary “the Lumberjack” Ellis is regarded as one of the greatest BMX pro racers of all time. He was the first amateur to win as an expert at the Grand National Championships and soon after became the “A” professional Grand National Champion. Ellis, among only five riders to win a UCI World Championship, ABA Pro title and NBL title, graced the covers of 48 BMX magazines between 1982 and 1995.
Born in 1966 and raised in Tacoma, Wash., Ellis began racing at age 11 in 1977, during the “oldschool” era of BMX racing, and turned pro six years later. During an 11-year span beginning in 1984, the years BMX Action named him one of its “hottest rookie pros,” he captured 16 American Bicycle Association national championships. In addition, he captured the International Bicycle Motorcross Federation’s Pro World Championship in 1985, ’87, ’88 and ’93; that competition is now known as the UCI World Title.
BMX track announcers dubbed Ellis “the Lumberjack” because of the thick beard and mustache he had grown by the age of 16, when he already was 6 feet 2 inches tall and weighed 190 pounds. His imposing appearance, which intimidated some competitors, was reminiscent of that of stereotypical lumberjacks.
His performance in competition and the news media attention he generated attracted his first professional sponsor — Kuwahara Cycles Ltd. — in January1982, when he was only 15 years old. He subsequently was sponsored by Huffy Corp., and by Gary Turner Racing and GT Bicycles/ WD-40. Ellis cemented his dominance in 1984, when he
won the Canadian-American Pro Championship and the “AA” Pro Grand National Championship, and earned National No. 2 Pro recognition. He was National No. 3 Pro in 1985, and won successive “AA” Pro Grand National Championships in 1987 and ’88. In 1989 he sealed the deal when he became the “AA” Pro U.S. Gold Cup West Champion as well as the East Champion. 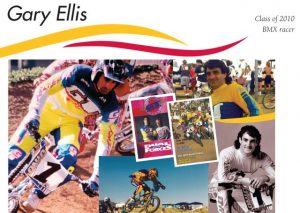