“Smiling George” is best remembered for his 6th place finish in the 1976 Montreal Olympic Games individual road race; no American had ever finished in the top 10 and no one had been in the top 60 since 1912. His success is largely credited with launching America’s reemergence at a competitive level on the international cycling scene. George became the first modern American cyclist to successfully compete in Europe following World War II. 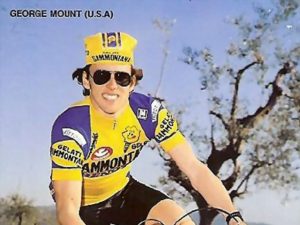 He had the good fortune to connect with race promoter and enthusiast Peter Rich who coached and mentored Mount along with another aspiring cyclist, Mike Neel. George moved into a room above Rich’s bike shop and worked as a mechanic while training.
Even as a junior, George began to win races… lots of them. After his historic finish in Montreal, he became America’s next great hope for Olympic gold. He won a gold medal at the 1979 Pan-American Games and was a favorite for Moscow until the U.S. boycott.
Mount won more than 200 races, in the US, Europe, and South America. He competed in five world championships on the road, and won national and district titles and medals on road and track. He held numerous records, including national distance records, which stood for years. 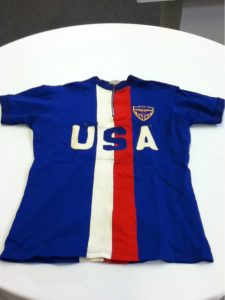