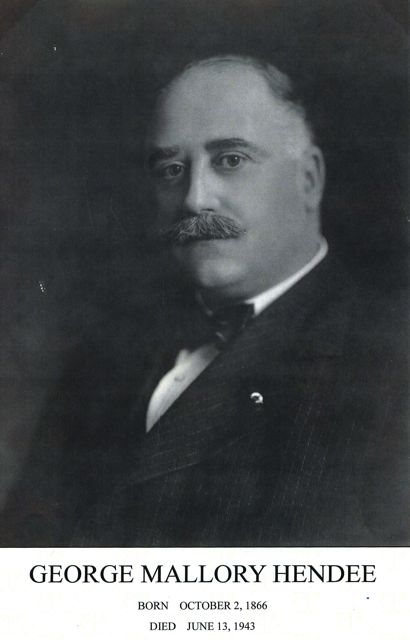 Biography
George Mallory Hendee was a pioneering cyclist who in the late 19th century became America’s first national cycling champion, and also became a luminary figure in the fledgling motorcycle manufacturing industry.
Born in Watertown, CT in 1866, Hendee was unstoppable from the moment he first tried his hand at bicycle racing as a 16-year-old boy in 1882. That year, and in each of the four subsequent years, he held the title of “Amateur Champion Bicyclist of America.” He won the National Amateur High-Wheel Championship of the United States in the one-mile event in 1882, and between then and 1886 held, at various times, the 2-, 5-, 10- and 20-mile championships.
Hendee set a world record in 1886 with a time of 2 minutes, 27.4 seconds for a half-mile dirt track — a record that held fast for six years. He continued to rack up victories after moving on to the professional circuit in 1886. Before his retirement from racing in 1895, he won the World High-Wheel Championship in competition that spanned several heats over two days in Springfield, Mass. He won all but seven of the 309 races he entered during his career. 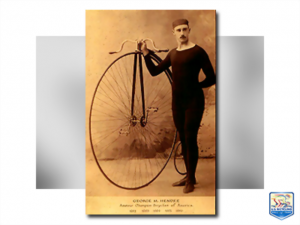 Hendee, who since 1881 was a member of the Springfield Bicycle Club, rose to become chairman of that organization’s racing committee in 1892. In that capacity, he was involved in decisions about racing schedules and tracks throughout the Northeast. He was elected second vice president of the National Cycling Association in
1901 and president in 1902.
Forever dedicated to cycling, Hendee in 1897 established a manufacturing company in Springfield that produced “Hendee’s Safeties” bicycles. His company became a consistent sponsor of bicycle racers and events. Four years later, he and a business partner established America’s first manufacturing company to mass-produce gasoline-powered motorcycles. By 1912, Hendee Manufacturing had become the world’s largest manufacturer of motorcycles. The company eventually adapted a new name, esteemed by generations of motorcycle enthusiasts — the Indian brand of motorcycles.
For additional information about George Mallory Hendee and his dairy farm visit: