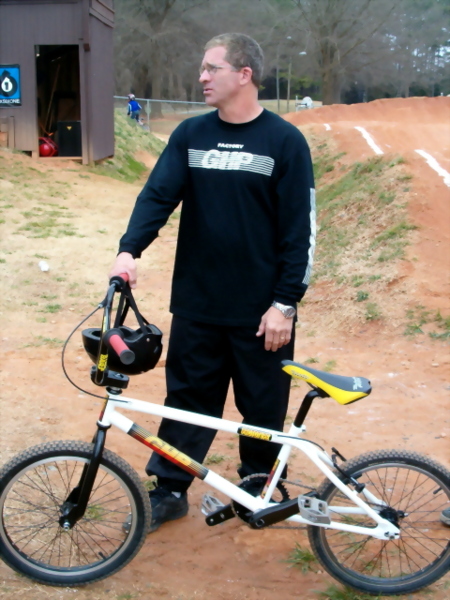 Inducted in 2005 for BMX
Biography
With a 20 year career in professional BMX racing, Greg Hill’s accomplishments as a racer include: ABA BMX Hall of Fame (First Ballot Selection); 5 time World Champion; 10 time National #1 Pro (20″); 4 time National #1 Pro Cruiser (24″); 4 time Number One Racer Award (NORA Cup). In addition to Greg’s racing accomplishments, he was instrumental in the development of the sport through research and development of frame geometry and component designs as well as establishing Greg Hill Speed Seminars, an exclusive training program for professional racers.
He was the first to utilize internet based training programs. His grass roots program is designed to teach BMX racing to riders across the nation. Greg was involved with Redline, Shimano and BMX Products (Mongoose) factory teams, as NBA National #1 in 1979. He participated with GT Bicycles and achieved IBMXF World Champion in 1981 and 1982; ABA World Champion in 1982.
Additionally, he has contributed to the world of BMX through Answer Products of Valencia, CA and Seattle Bike Supply of Kent, WA. More recently, in 1999, Greg developed a patented fork design which developed into his own company, Sinister Steering Systems. The fork was used by National and World Champions. In 2000 -2001, Greg was involved with Marzocchi USA , helping to lead their race program and promotional race team.