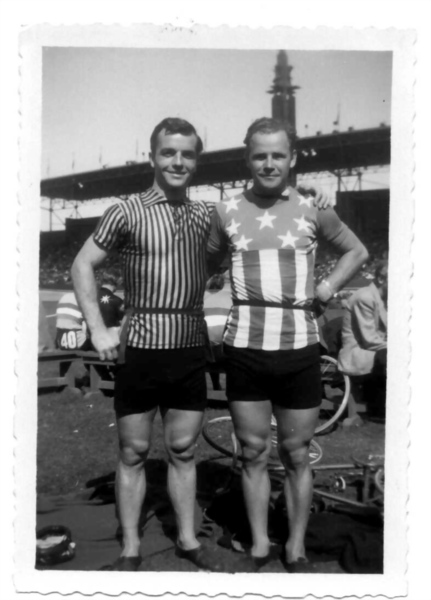 Biography (Heid shown on left in photo)
Known as the “Yankee Clipper”, Heid won the Eastern States Championship in 1942 and was New Jersey Senior Champion in 1942, 1946 and 1947. He was a member of the 1948 Olympic Team and was a five and twenty five mile national champion. Heid won bronze at the 1949 World Amateur Sprint Championships in Copenhagen, Denmark. 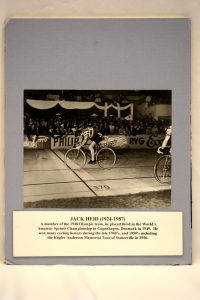 Jack Heid winning on the track.