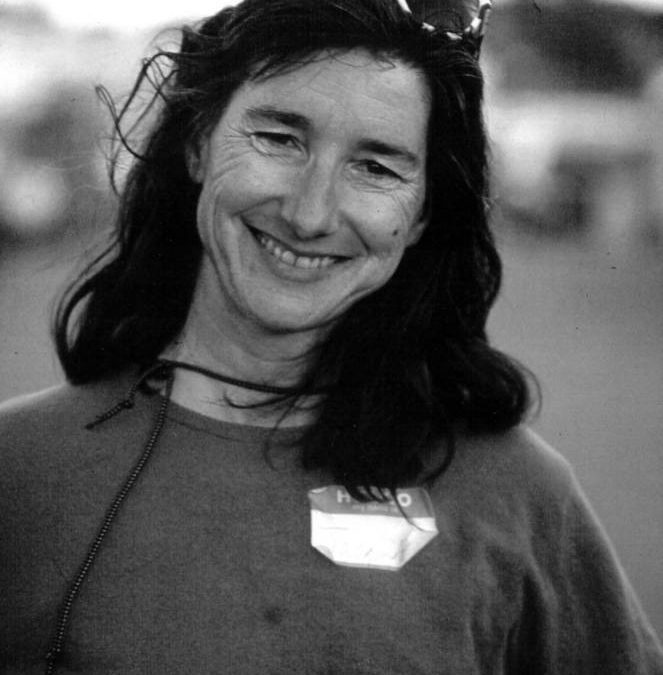 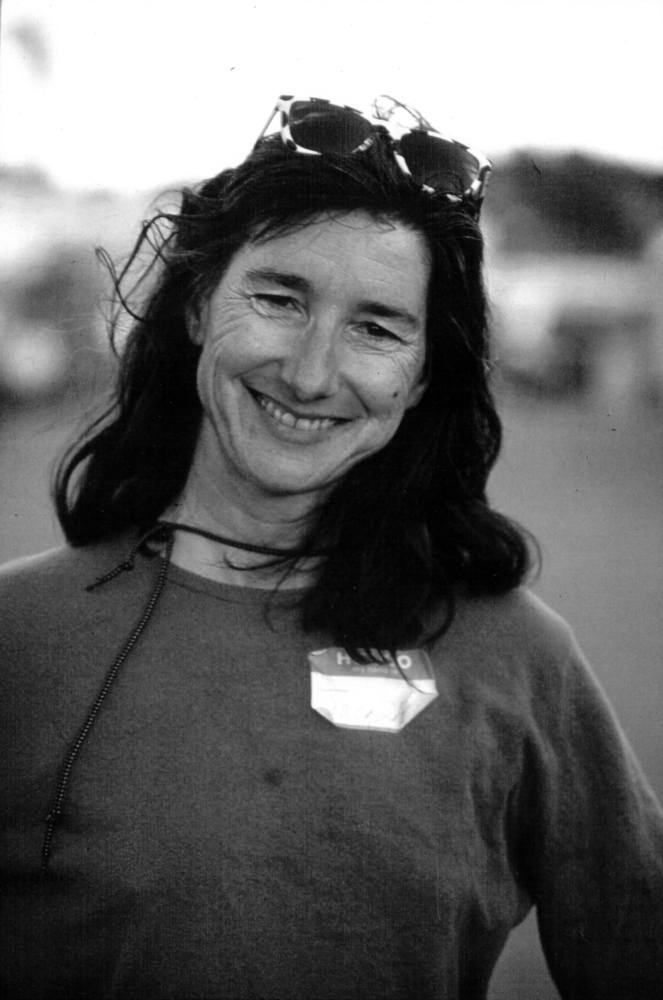 Inducted in 2000 for Mountain Biking

Biography
Born in San Francisco CA 1955, Jacquie was a commuting cyclist as a youngster in LA: mom dreaded driving. Despite evidence of athletic potential, JP believed from the age of 10 that she was going to be a doctor. By the time she graduated from Middlebury College it had become clear that literature and languages, not medicine, were her fortes.
She moved to San Francisco in 1977, working as a nanny while exploring one of the world’s great cities. Bicycle commuting in a vertical metropolitan area strengthened the dancing legs from her college years. In 1980, Phelan interned at the Women’s Sports Foundation, focusing her interest in feminism and the role of sport in women’s lives.
The 1976 movie “Breaking Away” and “Chariots of Fire” –and the avid assist from Darryl Skrabak, co-founder of the S.F. Bicycle Coalition– nudged her into racing. The 1984 Olympic road race beckoned, but Phelan’s non-conformist ways (and severe dearth of road racing talent) quashed that hope.
Meanwhile, the fat tire frontier of Marin County became her new haven. Gary Fisher was astonished by the strength and grit Phelan showed, despite her inexperience on the bike and lack of popularity with the ruling cycling elite. In their five-month romance in 1981, she competed successfully with men (taking 7th place overall) in the first huge, mass-start race of the middle mountain bike period (1981-1989): the Whiskytown Downhill. She rode on Emma Wolf’s borrowed Breezer. Then, on Alan Wulzen’s Argus road bike, Phelan managed to podium in the time trial at the USCF road nationals. Then she crashed ingloriously in the road race. This New York/Pennsylvania trip signaled the end of the relationship with Fisher.
In 1982, Phelan attended the loose-knit USCF winter camp in Austin, gathering more road experience with the finest riders in the country.
October of that year, she invited Charlie Cunningham on a moonlight bicycle date at the top of Mount Tamalpais. They fell in love, and he built her a bicycle, which she named Otto. Phelan’s hatred of driving (and the automobile culture) were part of her racing raison d’etre.
This aluminum bicycle–an unfair advantage over the bikes available then–changed the direction of bicycle manufacture, but that’s a different story. Unbeaten for five and a half years, Phelan had to wait to be national champion until such a title was created in 1983, then she won three times. Such a long winning streak spelled opportunity for JP. (“I need women to race with!”) She developed the world’s first off-road skills camps in 1984. These women’s camps are still her most popular events. Her annual St. Packrat’s Day bicycle swap funded her racing: riding a custom-built bike means not being part of a factory-sponsored team. Covering cycling here and abroad for Dutch, Italian, French and Swedish magazines helped develop her current career as a writer. Modeling for Rock Shox forks clinched her place as the queen of the mud. 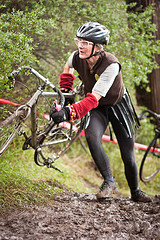 Encouraging women simply to ride (as opposed to race) bicycles was her mission when she was unbeatable; now many racers follow her example and mentor other women and girls. She was a NORBA founder in 1982, keynote speaker of the inaugural IMBA meeting in 1987, created the Women’s Mountain Bike & Tea Society (WOMBATS) in 1987, and raced on four world championship teams from 1990-1993 during her “second wind”. Her annual fundraiser for abused women of Santa Cruz inaugurated in 1984 still occupies her time, as do dreams of a car-free future where everyone has free health insurance. Writing about these pipe dreams still takes up a chunk of her day.