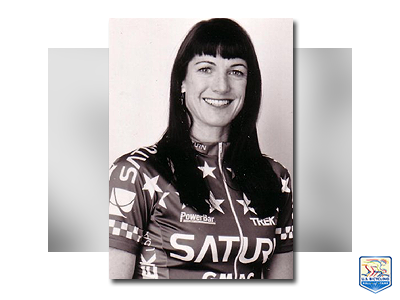 Biography
Nine times an American National Champion, Jeanne Golay is unquestionably a Hall of Famer. Golay is the last American woman to win three National Road titles at one event, a feat she completed in 1992 in Altoona, PA when she won the road race, time trial and team trial events.
Golay raced for the U.S. at the 1992 and 1996 Olympics, and was an alternate in 1988. She placed 6th in the 1992 Road Race in Barcelona and became the first American woman to ride three events in a single Olympics: Road Race, Time Trial, and Points Race at the 1996 Atlanta Games. 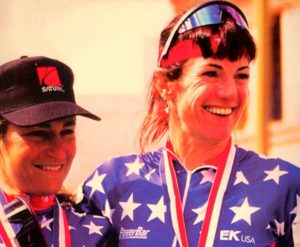