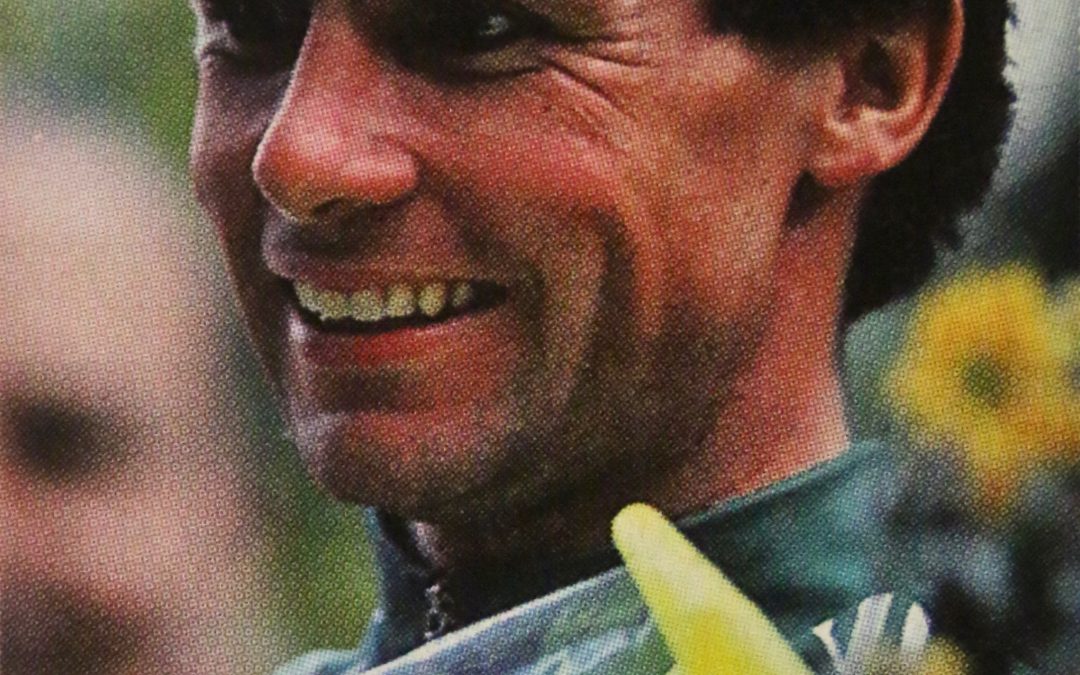 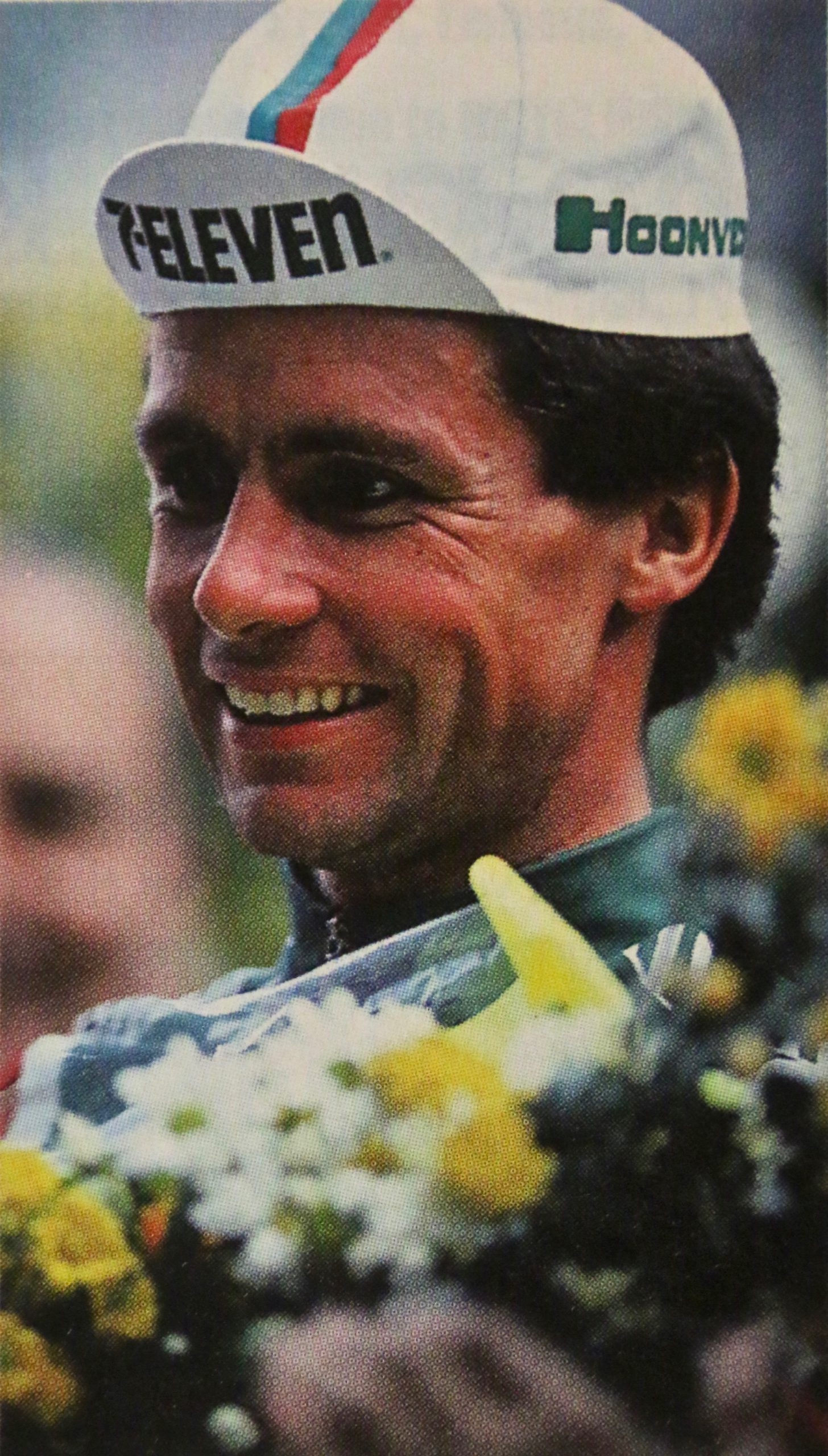 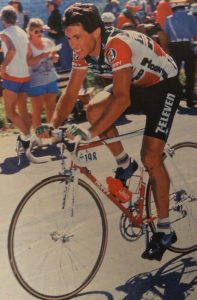 Jeff Pierce is the only American besides Greg LeMond to have won the final stage of the Tour de France. Pierce began racing in 1975 with the Wolverine Sports Club in Detroit, Michigan under the tutelage of coach Mike Walden. He raced for three teams in his career: Schwinn (Schwinn Wolverine, Schwinn National Team, Schwinn Icy Hot), Team 7-Eleven and Chevrolet LA Sheriffs. He raced in seven Grand Tour events, all with the legendary Team 7-Eleven which itself received a Special Recognition induction to the Hall of Fame in 1997. His win on the Champs-Élysées in the final stage in the Tour de France in 1987 was a monumental achievement for American cycling 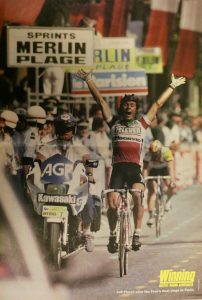 Pierce won multi-stage bicycle races such as the 1985 Berliner Etappenfahrt, the 1986 Vuelta de Bisbee, and the 1987 United Texas Tour and finished second overall in the 1987 Coors Classic and the 1994 Redlands Bicycle Classic. He also won the 1985 Nevada City Classic and the 1986 La Jolla Grand Prix. In addition to the final stage of the 1987 Tour de France, he won stages in the 1985 & 1988 Coors Classic, the 1989 Vuelta al Pais Vasco and the 1994 Redlands Bicycle Classic. Teammates Jeff Pierce and Steve Hegg won the 1995 U.S. National Championship in the Madison race category.