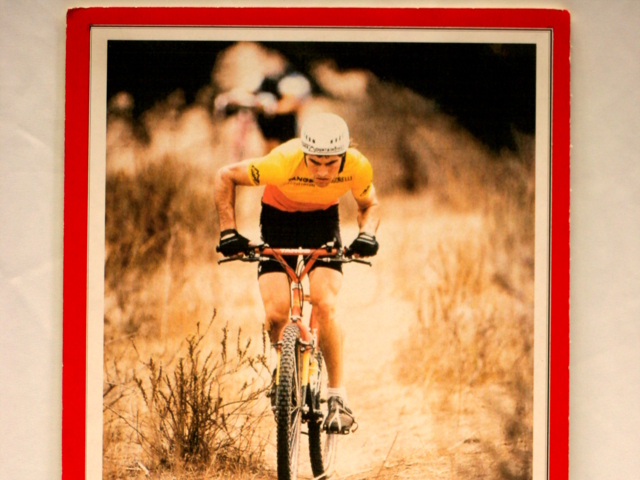 Inducted in 1999 for Mountain Biking

Biography
Growing up in Northern California’s Marin County, Joe Murray participated in the birth of mountain biking. He started cycling as a road racer and quickly embraced off-road riding before it was called mountain biking.
At age 15 in 1980 he entered Zero’s Notch Race to compete against local riders wearing jeans for riding heavy bikes over twisting dirt trails. Joe rode a Schwinn cruiser one-speed equipped with drum brakes and a derailleur. He finished 11th overall and scored first novice. It was the start of a cycling revolution with other mountain bike pioneers such as Joe Breeze and Gary Fisher.
In 1984 Joe powered to 8 straight mountain bike victories, 15 wins in the year, and won the new National Off-Road Bicycle Association national championship. The next year he continued raging with 12 straight victories and a second NORBA national championship to emerge as an early star of the new sport.
Over a 10-year career he competed in 233 races with a total of 73 victories. They include five victories in the Rockhopper Race, mountain biking’s first popular national-level race, and three victories in the Whiskeytown Downhill, an early mountain bike “classic.”
He retired from racing in 1990. Joe’s interests broadened to include working as test rider for Fisher bikes and developing new products such as mountain bike tires. He has designed bikes for Marin Mountain Bikes, Merlin, Kona and VooDoo. In 1988 he was one of the original 10 inducted to the Mountain Bike Hall of Fame, and now is honored by the U.S. Bicycling Hall of Fame.