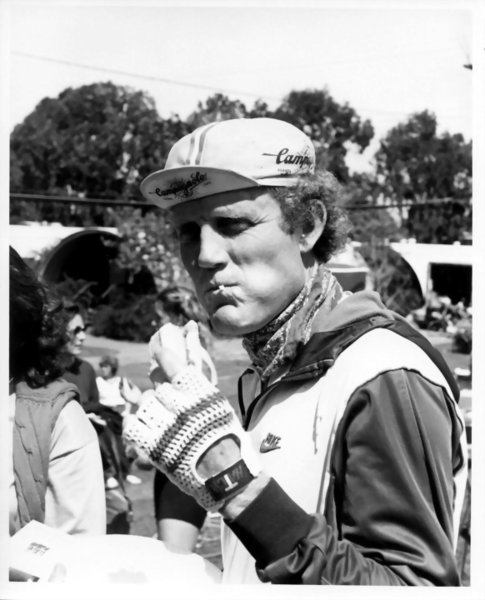 Biography
In the 1970s American cycling went through profound changes, catapulting the sport from traditional regional criteriums to a national-development program and the first U.S. teams venturing across the Atlantic for international stage races. Leading the transformation was John Howard of Springfield, Missouri. Howard won the 1971 PanAm Games road race in Cali, Columbia, on his way to dominating U.S. road racing, making frequent forays abroad, and being named by Competitive Cycling Magazine’s Cyclist of the Decade.
When Howard won the 1968 national road racing championship and competed in the 1968 Mexico City Olympics, racing cyclists worked day jobs, trained after work, and competed in programs they could drive to and return home for work on Monday. Howard and a cadre of Olympians (and future Hall of Famers) avoided day-jobs to train full-time and travel across the country to force the pace, averaging around 25 mph, to higher speeds.
In the early 1970s, the cartel of oil-exporting countries quadrupled the price of fuel, which boosted consumer demand for bicycles―outselling cars for the first time. Raleigh Bicycles of Nottingham, England, sponsored a U.S. cycling team through the New York-based Century Road Club of America. As a member of the CRC of A- Raleigh team with national-caliber riders, Howard led teammates to win the 1972 Tour de l’Estre in eastern Canada.
The next year, Howard and teammates flew across the Atlantic to compete in the 1973 Tour of Ireland. With little more than pocket change and a spoke wrench, they scored a breakthrough. Howard won a stage and finished third overall. That helped the CRC of A-Raleigh team earn an invitation to ride in the prestigious 1974 Tour of Britain.
By 1976, Howard had won four national road race championships and the national time trial championship. The average speed of domestic races had ratcheted up from 25 mph to around 28 mph. Howard competed in his third Olympics that year, in Montreal. Soon the Amateur Bicycle League of America changed its name to the U.S. Cycling Federation, aligning the governing body to international standards. Then with President Jimmy Carter signing into law the Amateur Sports Act of 1978, cycling and all other Olympic sports went through an overhaul to launch a new era. Amateur athletes were allowed to wear sponsor names on clothing and equipment, and the U.S. Olympic Training Center was founded in Colorado Springs.
Howard spent 10 years on the U.S. National Cycling Team and progressed to other endeavors. His victory in the 1981 Hawaii Ironman Triathlon gave that fledgling sport credibility. In 1987 he set the world 24-hour cycling distance record of 593 miles. His greatest record was in 1985, pacing behind a rocket car on the Bonneville Salt Flats and riding the bicycle world speed record, 152.2 mph.
Over subsequent years in master’s competitions, Howard racked up 18 national road and off-road championships while riding more than 500,000 miles. He also has pioneered bike fitting for cyclists and triathletes. He authored a number of books―most recently Mastering Cycling. (Courtesy – Peter Joffre Nye) 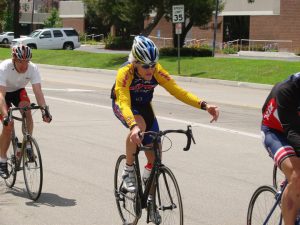