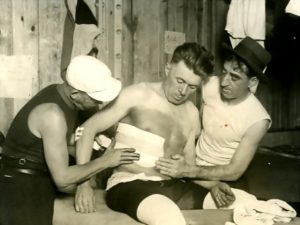 He was active in competition until the age of 49. When he retired from racing he owned and operated a bicycle shop and engineered racing equipment. Started the North Hudson Wheelmen and the Belleville Bicycle Club and trained many local riders. After WWII moved to Miami, Florida.