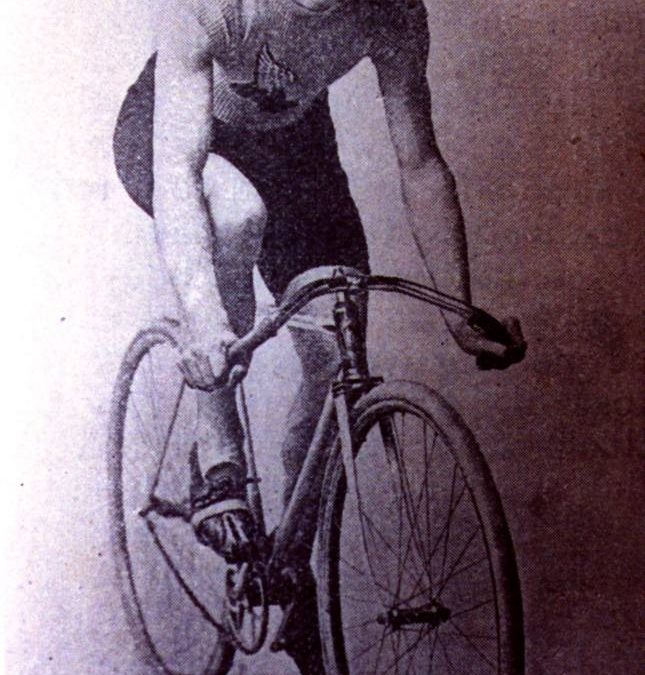 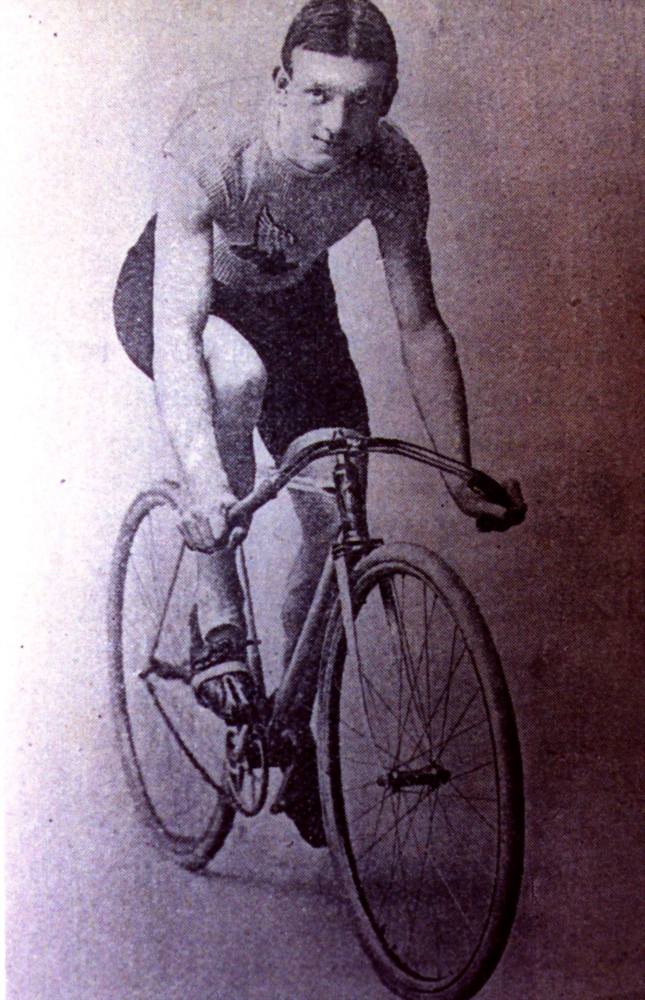 Biography
Marcus Hurley won a remarkable four gold medals and a bronze at the 1904 St. Louis Olympics, but they are not recognized by the International Olympic Committee or the U.S. Olympic Committee because they lacked international competition. In fact, the two-day program of amateur and professional events in early August put on by the National Cycling Association (predecessor to U.S. Professional Racing Organization) doubled as the national championships.
The Olympics of 1904 and 1900 in Paris were sideshows―in St. Louis they were an appendage to commemorating the centenary of the Louisiana Purchase from France. The St. Louis cycling races were so low budget that riders pedaled around a cinder running track on the campus of Washington University. Neither of the two St. Louis daily newspapers covering the program published photos or line drawings.
Nevertheless, Hurley, a 20-year-old Columbia University student competing for the New York Athletic Club, sought to dispel any aspersions about his talent. He stood out from others―taller than most men of his era, at six feet, with red hair, and he was a vegetarian. From 1901 Hurley reined as national amateur sprint champion. In St. Louis he won the one-mile championship for his fourth national title, along with capturing the quarter-mile, one-third mile, and half-mile. In the 2-mile, his tires slipped rounding the final turn, leaving him in third place.
Soon after he returned home to New York, he shipped across the Atlantic to compete in the world championships around the cycling vélodrome outside London, on the grounds of the glass-and-steel architectural wonder called Crystal Palace. There Hurley faced off in the final against defending world champion A.L. Reed of England. Hurley, his black jersey emblazoned with the New York Athletic Club’s white winged-foot, beat Reed with such a narrow margin that sports writers called it a ding-dong finish.
Hurley returned to Columbia and retired from cycling to study engineering and to play basketball. He captained Columbia to two National Collegiate Athletic Association basketball championships and was inducted into the NYAC Hall of Fame for his basketball achievements. His collection of cycling medals are on display in the NYAC Hall of Fame.
(Courtesy – Peter Joffre Nye)