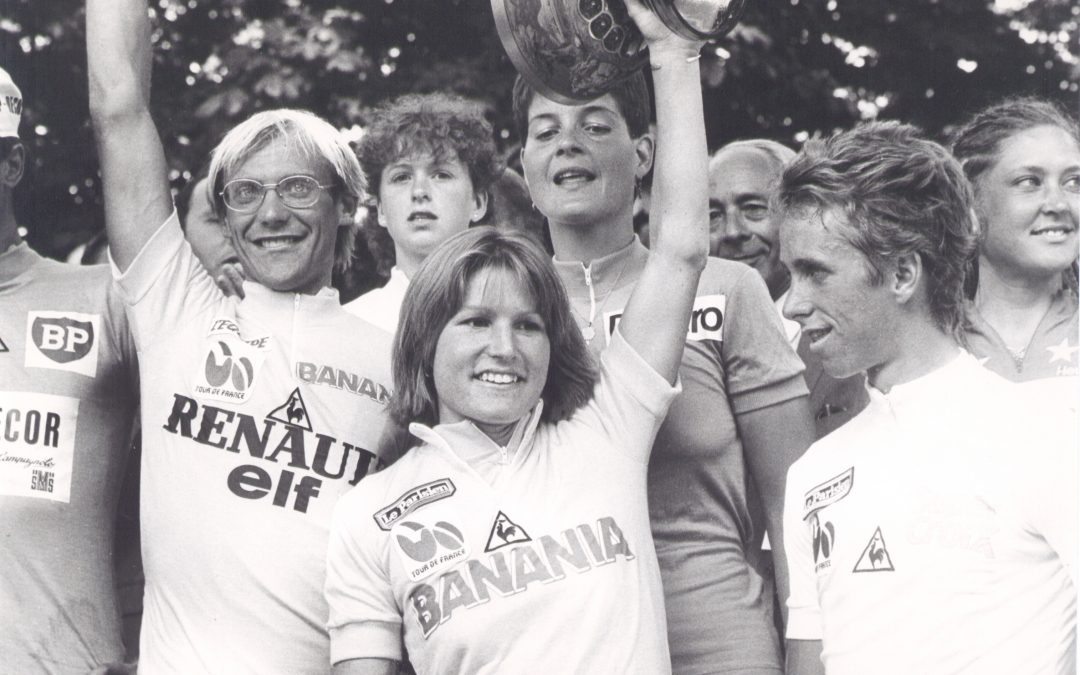 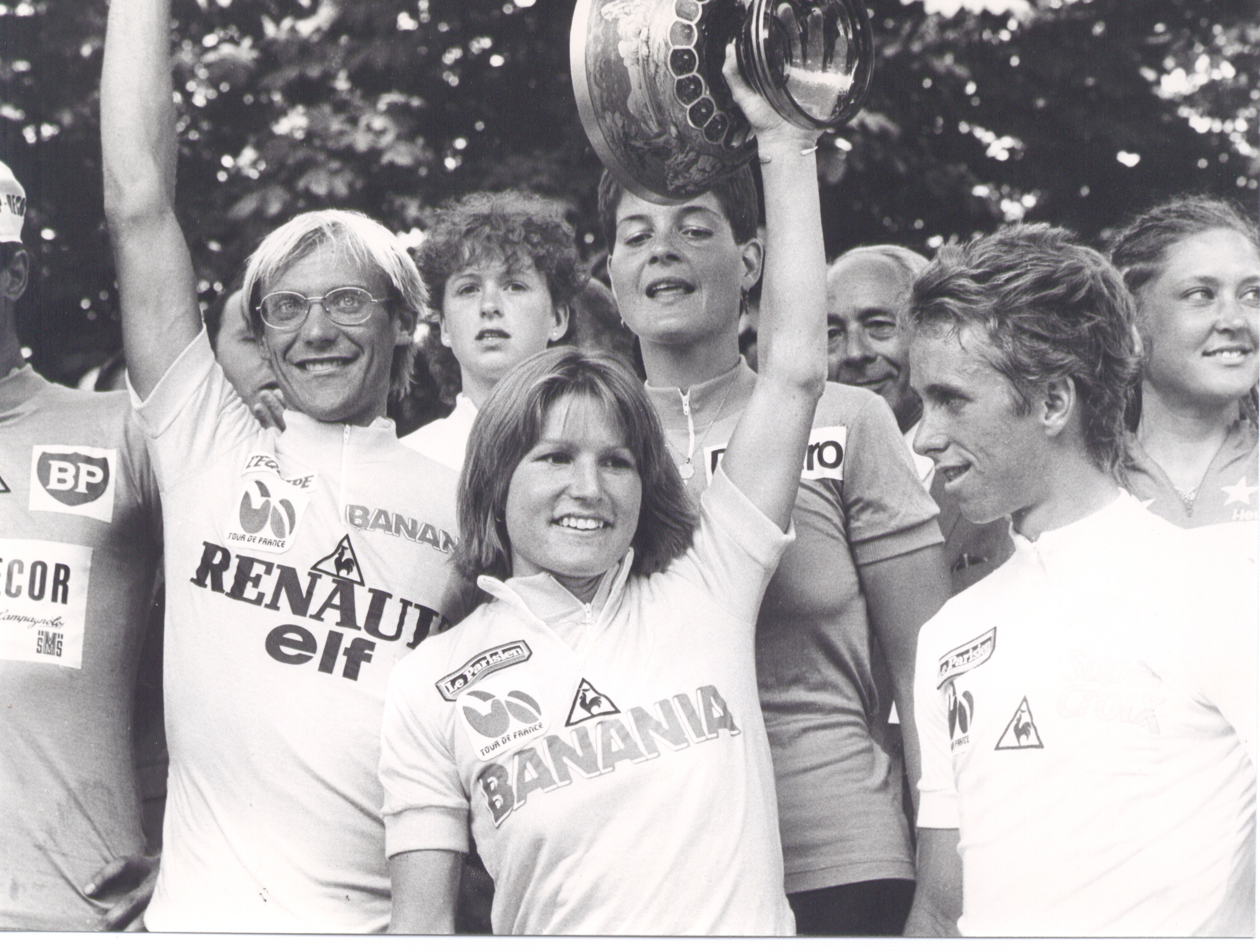 After beginning the cycling trials for the 1984 Los Angeles Olympics, Marianne Martin chose to ride in the very first Tour de France Féminin just weeks before the stage race began. 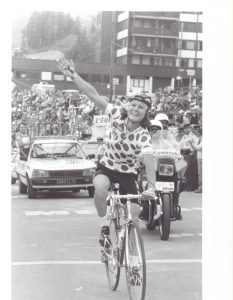 The 1984 Tour de France Féminin covered about 1,080km of the 4,000km the men’s race due to strict UCI rules about how far women could ride in stage races. Though shorter in distance, the women’s course followed the men’s, including all the climbs. Martin unexpectedly earned the polka-dot jersey as the Tour’s best climber by winning the 45-mile 12th stage that took riders over two Alps mountain passes narrowing the gap behind the overall race leader to 1 min 4 sec overall.

Two stages later, Martin nabbed the race leader’s yellow jersey and held it until the finish in Paris. Her overall race time was 29 hours, 39 minutes and 2 seconds, just over three minutes ahead of the second-place finisher. Martin remains the only American woman to win the Tour de France Féminin or succeeding versions of the race. 2014 Hall of Fame Inductee Inga Thompson finished 3rd in both the 1986 and 1989 races