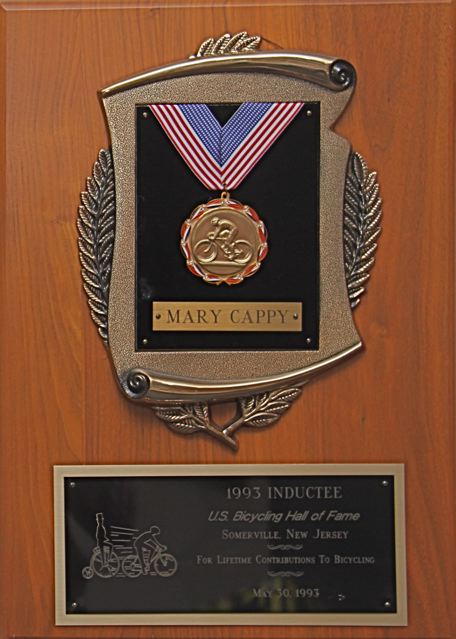 Inducted in 1993 for Contributor

Biography
Mary was active in the Amateur Bicycle League of America and the United States Cycling Federation with her Hall of Fame husband Fred Cappy. Through the efforts of Fred and Mary, the USCF offices were moved from Detroit to the US Olympic Training Center in Colorado Springs in 1979. She assumed responsibility for membership and computerization of the organization and worked tirelessly in her advocacy of junior cyclists.