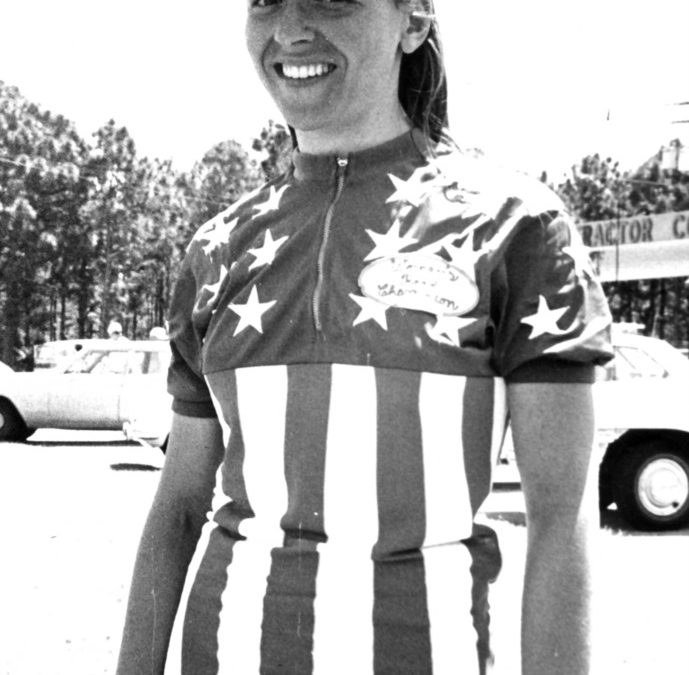 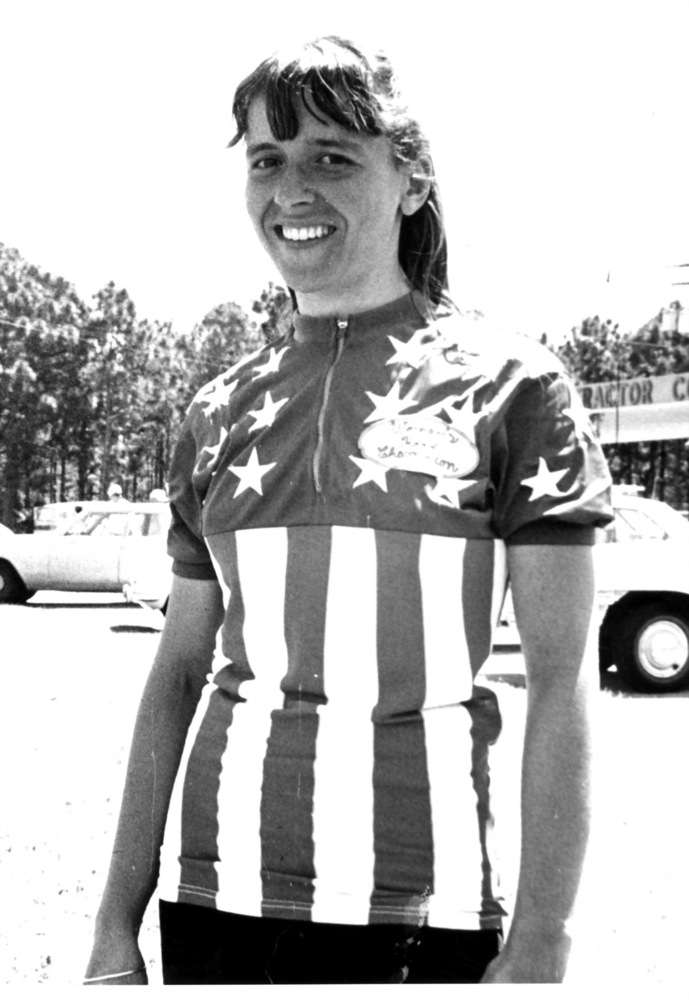 Biography
Mary Jane Reoch was born in 1945. Reoch won nine national road and track championships from 1971 to 1980, and a lifetime total of 11 national championships. She was named to the first ever national women’s team and she was on the world championship team 9 times. Miji also became the first America women to ride under 4 minutes in the 3km pursuit.
In April 1977, Miji Reoch set records for eight distances of five to 25km at the National Capital in Washington DC. Also in 77, Miji led a four women team to win three of nine events on a two week trip to Europe.
Miji won the time trial championships at Port Washington Wisconsin in 1975, and took 2nd place in the 3km pursuit at the Worlds that year. In 1976 she won the Tour of Somerville, and won the Fitchburg Longsjo Classic in 1979. Miji also won the points race at the national track championships three times in a row 78, 79, and 80. In 1977 Miji took second place in the Red Zinger stage race in Colorado.
When Miji retired she went into coaching, and worked with women’s teams for over 15 years. Miji took part in writing a book on winter training before her untimely death. Miji was killed in a tragic training ride on White Rock Lake in the Dallas Texas area, while coaching a rider on September 11, 1993. Roach was inducted into the Bicycle Hall of Fame in 1994.
Courtesy of procyclingwomen.com