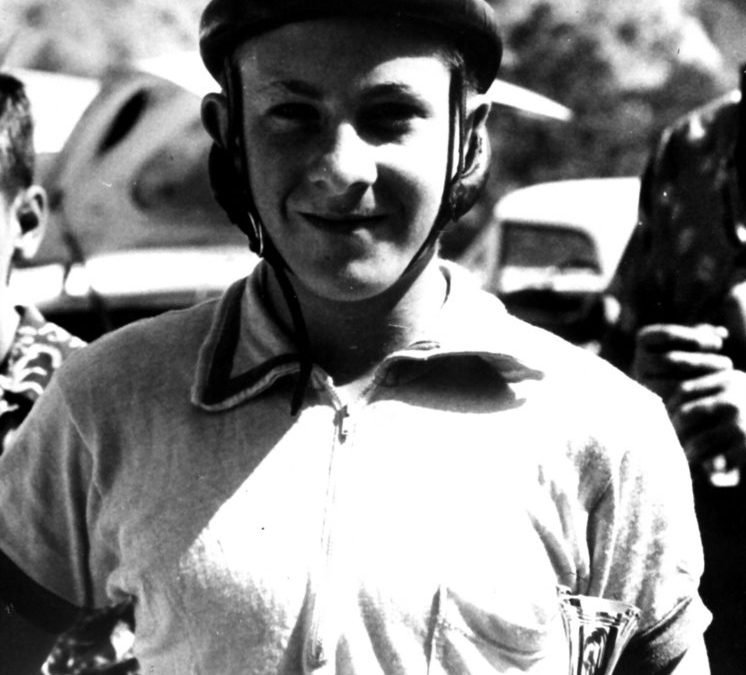 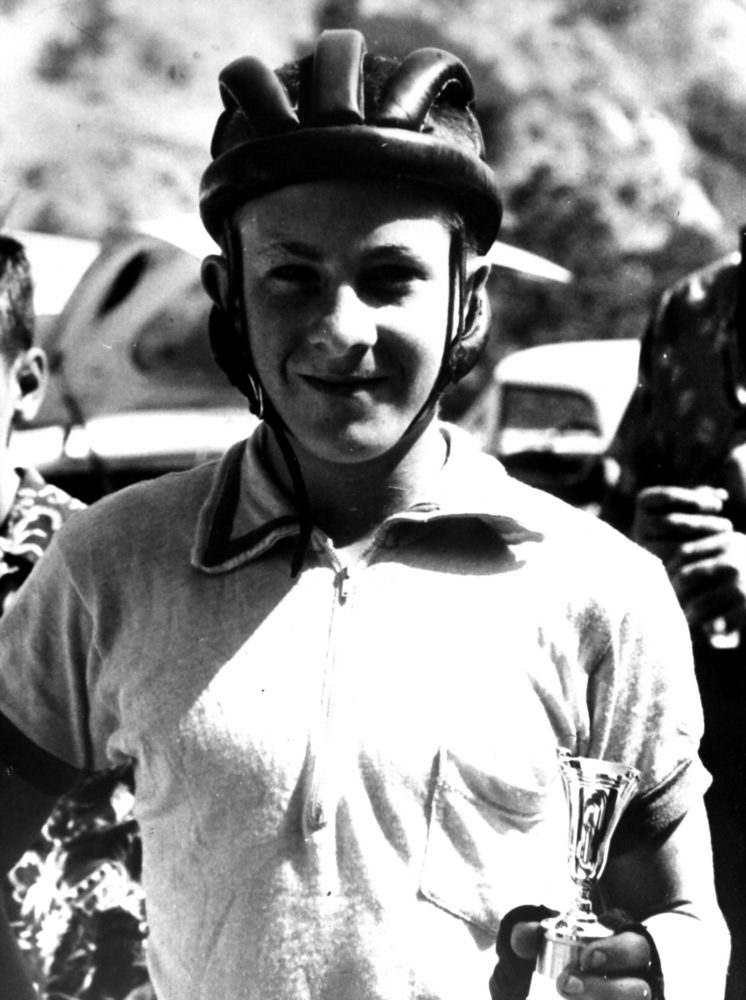 Biography
Also known as “Victor Vincente of America” Hiltner was born in Los Angeles, CA. He started racing at the age of 16 and won his first race in 1957. He was the Southern California Junior Road Champion in 1957 and the All California Road Champion in 1958 & 1965. He was a member of the Pan American Team in 1959 and the winner of the Tour of St. Laurent in 1959. He was the winner of the Tour of Somerville, NJ. in 1960 and raced on the U.S. Olympic Team in 1960 & 1964.
Other Honors: Worlds Championship Team Bern, 1961, Nurnburgring 1962 & St. Sebastian 1965. Placed 2nd in the Pan America Games Team Road race 1963. ABL of A. National Road Champion 1965. Winner of many races in Italy 1961 & 1966.
Hiltner started the independent conception of a human-powered vehicle in 1969 and established a double transcontinental record for Santa Monica to Atlantic City to Santa Monica (36 days 8 hours 1975). He changed his name to Victor Vincente of America in 1978. He helped design, construct and pilot the HPV Tachy Taxi in 1979.
He designed and mass produced the “Topanga” Mountain Bike in 1979. He promoted Mountain Bike Races from 1980 to 1995 as well as mountain bike tours from 1984 to 1995. Hiltner was inducted to the Mountain Bike Hall of Fame in 1989 and helped design the Olympic Mountain Bike medallion for the 1996 Olympics in Atlanta. Hiltner lives in Portland, OR.