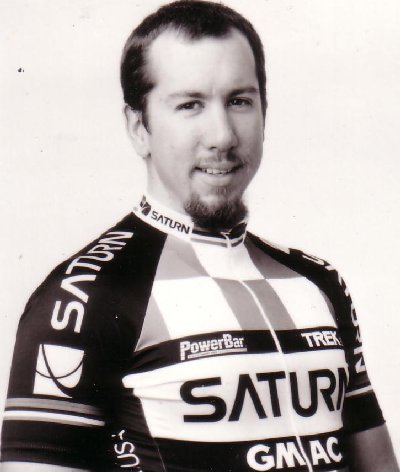 Biography
Michael McCarthy earned numerous track citations and won 17 U.S. National Cycling Championships during his 16-year racing career. The numerous distinctions he earned in criterium, road, track and team pursuit races include five Junior National Road and Track titles, the USPRO Criterium Title, the 1988 TII Title, and numerous other track titles. He earned designation as the USA Cycling Athlete of the Year in 1990. McCarthy, who was born and raised in New York City, developed his interest in cycling before adolescence.
His family lived in midtown Manhattan only one block from Central Park, where he began training with the Raliegh Rapide bike that he was given for his 14th birthday. “I rode every day, mostly with my friend Kurt Gustaffsson. I slept with my bike, lived, dreamed, ate, and did nothing but think about bike racing. My room was adorned with posters of Mercx, Hinault, Lemond, Maertens and Kelly,” McCarthy said. “I washed my bike in the shower (sorry, Mom). “Kurt and I became regulars in the Central Park cycling scene and tested ourselves regularly by seeing how many laps we could do in an hour or by accepting challenges from many of the more experienced riders. By the end of that first year, I had a license, a district championship, and an invite to the Olympic Training Center.” McCarthy’s family subsequently moved to Mill Valley, Calif. He entered competitive racing in 1982, and won his first championships as a junior in 1985 and 1986. He also captured championships in the amateur category in 1988 and 1989.
He appeared in two Olympic games: as part of the 9th Team Pursuit in the 1988 Olympic Games in Seoul, South Korea, and as part of the 6th Team Pursuit in the 1996 Olympic Games in Atlanta. McCarthy was 1987 Pan American Games Champion in team pursuit; the 1990 World Championship Bronze Medalist in amateur pursuit; 1992 World Professional Cycling Pursuit Champion; and 1995 World Champion Bronze Medalist in team pursuit. His numerous championship appearances include participation as a member of the 1989 World Championship 100 km team, with which he registered fourth place in a time trial. He was Goodwill Games Champion in track in 1998, the final year in which he rode competitively.
McCarthy has raced for the GS Mengoni USA amateur cycling team, as well as for teams sponsored by Sunkyong/SKC, Celestial Seasons, Subaru-Montgomery and Saturn. 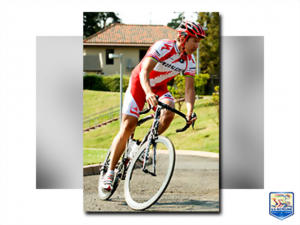 He now works in the financial services field in San Francisco as a sales trader who initiates stock transactions for institutional clients.