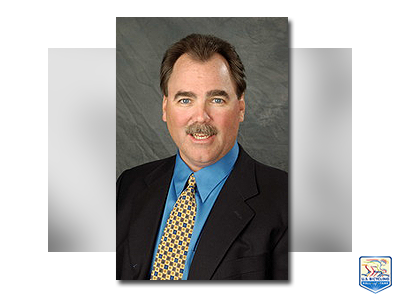 Inducted in 2008 for Contributor

Biography
Michael (Mike) P. Plant was named Executive Vice President of Business Operations for Major League Baseball’s Atlanta Braves in November 2003 and oversees stadium operations, security, finance, personnel, special events and the minor league clubs. Plant joined the Braves after having served as an Executive Vice President of Turner Sports since February 2002. Previously, Plant was President of the Goodwill Games and Vice President of Events for Turner Sports.
Prior to joining Turner Sports, Plant was President of Medalist Sports, a full-service sports marketing company he founded in 1988. Medalist Sports created and operated premier cycling events such as the Tour DuPont, Tour of China and the 1996 U.S. Olympic Trials. Plant was Associate Executive Director of USA Cycling from 1986 to 1988 and Executive Director of USA Canoe/Kayak from 1985 to 1986.
Plant was a member of the 1980 U.S. Olympic Speedskating Team in Lake Placid, N.Y., and a six-time member of U.S. World Championship speedskating teams. Since 1980, Plant has been appointed to numerous committees of the United States Olympic Committee, U.S. International Speedskating Association and USA Cycling. In January 1989, after serving two four-year terms as the U.S. Speedskating athlete representative on the USOC Athletes’ Advisory Council, Plant was elected to a four year term as AAC Chairman. Plant served an eight-year term on the USOC Board of Directors and Executive Committee (1984-1992) and was President of USA Cycling from 1995 to 2002. Plant was also a member of the Atlanta Committee for the Olympic Games (ACOG) Board of Directors and the Board of Trustees for the Salt Lake Olympic Bid Committee for the 2002 Olympic Winter Games. Plant resides in Peachtree City, Georgia.