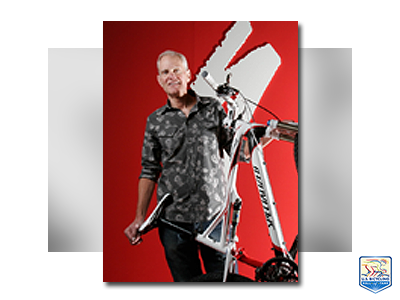 Inducted in 2011 for Contributor

Biography
A pioneer in the sport of cycling and an international industry leader, Mike Sinyard founded―and still leads―Specialized Bicycle Components. In 1981, he launched the Specialized Stumpjumper, the first mass-produced mountain bike which delivered an affordably-priced product. He is widely credited with making mountain biking available to the masses and ushering in a new era in cycling. In 1994, The Specialized Stumpjumper became part of the Smithsonian Institution’s National Museum of American History collection.
Mike is a founding member of the International Mountain Bicycling Association (IMBA) and the National Interscholastic Cycling Association (NICA). He is also a consistent advocate for causes supporting the growth of the sport of cycling, healthier lifestyles, sustainable transportation, and youth programs.