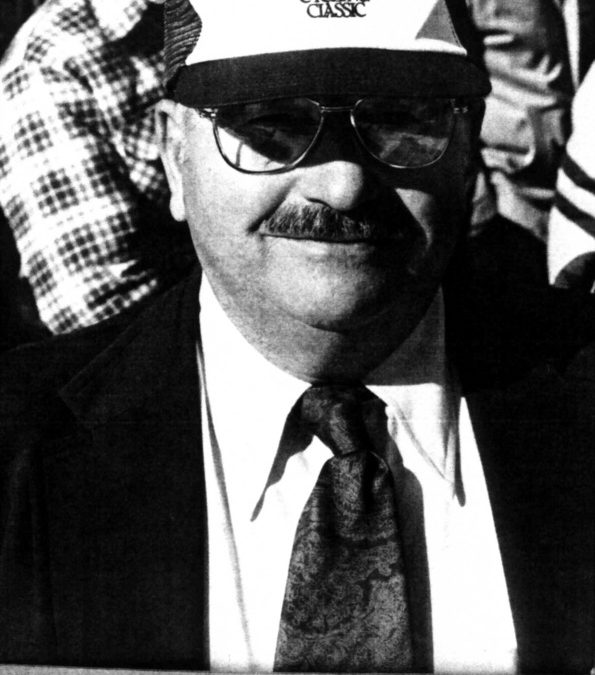 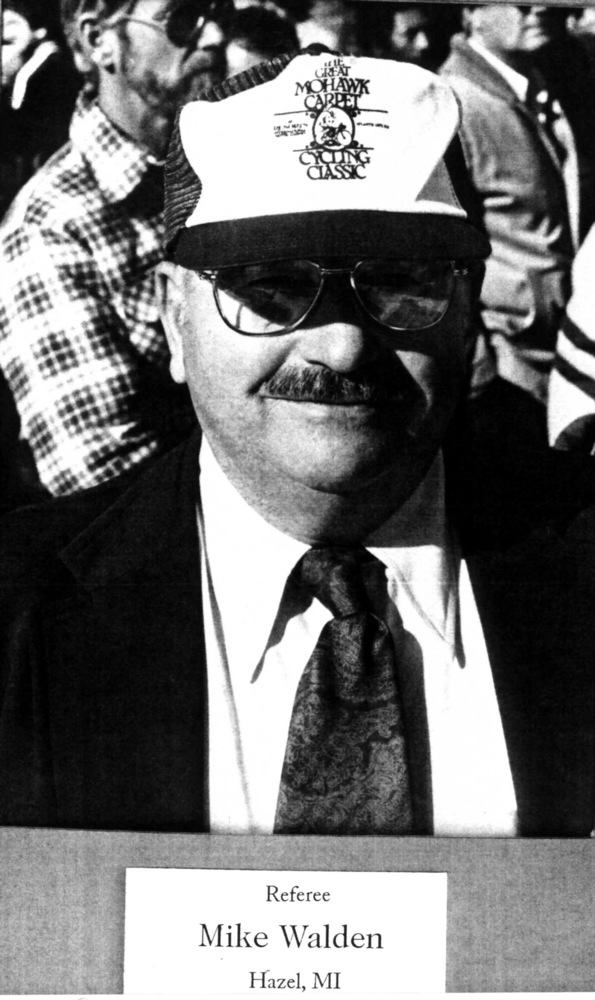 Inducted in 1990 for Contributor

Biography
Over forty years as a volunteer trainer for the Wolverine Sports Club in Detroit, Mike Walden developed local men and women who won 112 national championships, eight world match-sprint titles, an Olympic bronze medal, and two Pan Am Games gold medals. At the time of his death at 78 in 1996, one-quarter of all the medals U.S. riders had won in post-World War II world championships belonged to Walden alumni.
One was Jeff (Bepe) Pierce of the 7-Eleven team, who won American cycling immortality for his spectacular stage victory in Paris up the Champs Élysées on the final day of the 1987 Tour de France. Two alumni faced one another in the 1977 women’s world match-sprint championships in Monteroni, Italy. Sheila Young, trained by Walden as was her father, Clair Young, aced Sue Novara for the gold medal. Novara went on to win two golds at the worlds.
Mike Walden’s name was synonymous with Detroit, but he was a native New Yorker, born December 10, 1917 in the Bronx and christened Theron Sumner Walden. His father, Sumner Walden, worked for General Motors in New York and moved the family to Detroit. Young Walden dropped out of college during the Great Depression to work as a machinist in a factory where he was nicknamed Mike. His first paycheck was made out to Mike Walden, and he kept the name.
In the early 1930s, he took up cycling and raced on the outdoor vélodrome on the city’s East Side and in Canada. Despite being born blind in his right eye, which deprived him from seeing with depth, he achieved 25 victories. He won the Michigan state championships in 1939 and 1940, and scored third at the national Amateur Bicycle League of America (predecessor to the U.S. Cycling Federation) championships in Detroit.
World War II ended his racing. A medical deferment kept him home. He worked in a plant that made aircraft engines.
On a bicycle ride he met Harriet, and the couple married in 1942. They had three daughters.
After the war ended in 1945, Walden and Clair Young reactivated the Wolverine Wheelmen, a touring club, and renamed it the Wolverine Sports Club. They drew local youths into cycling. Walden opened a bike shop in northwest Detroit. He trained riders from age 17 and made Detroit a national cycling power.
(Courtesy – Peter Joffre Nye)