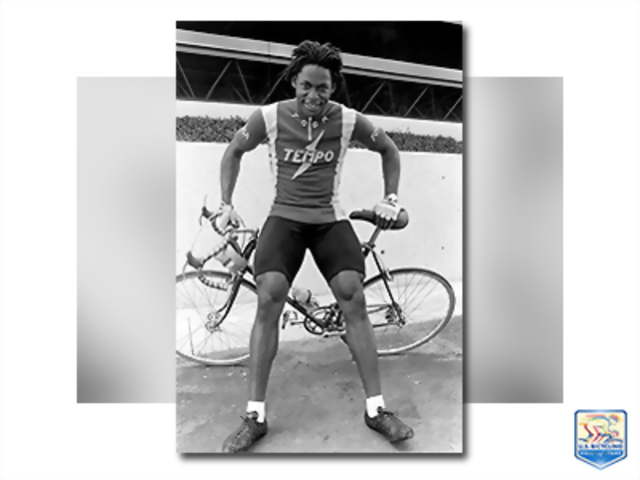 Biography
His story is a triumph over almost insurmountable odds. Nelson Vails was the youngest of 10 children growing up in the Harlem projects who became the first African American to win an Olympic medal in bicycling in the 1984 Track Sprint.The self-proclaimed “bicycle nut” started winning races in Central Park at a young age and worked as a New York City bicycle messenger to support his family. Nicknamed “The Cheetah” because he was the fastest cat in the jungle, Vails rode furiously while working, trained in Central Park after work and raced locally on weekends.
By 1981 it all paid off when he earned a spot on the U.S. team which led to a gold medal in 1983 in the Pan American games in Venezuela. He represented the USA at the 1984 Summer Olympics in Los Angeles, California, where he won the silver medal in the individual 1000-meter Match Sprints, behind countryman Mark Gorski. Vails was the 1984 National Sprint Champion and National Tandem Sprint Champion in 1984, 1985 and 1986. In 1985 he earned a silver medal in the Tandem Sprint at the World Championships. In the 1980s and early 1990s he competed professionally in 6-Day circuits in Europe and in Japanese Keirin events from 1990 to 1995.
Since his retirement in 1995 Vails has been a cycling commentator for major TV networks and starred with Kevin Bacon in 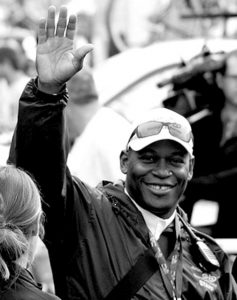 “Quicksilver” a movie about NYC bike messengers. From the projects in Harlem, to the Olympics and now the U.S. Bicycling Hall of Fame, Nelson Vails has demonstrated that he has been able to beat the odds and see the world on two wheels.