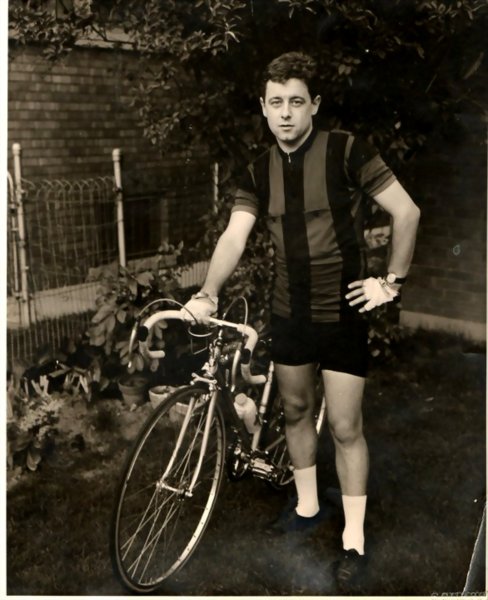 Inducted in 1999 for Contributor
Biography
Otto Wenz’s name is synonymous with cycling in his hometown of Milwaukee. After many years as a competitor, Wenz devoted himself to promoting the sport. He became a national figure for organizing the renown “Super Week,” a remarkable week-long series of road and criterium races popular in the 1970’s when riders typically had a limited menu of one-day weekend criteriums.
Wenz played an instrumental role in planning the 1978 world cycling championships for juniors–marking the first time in 66 years since the world championships last came to the United States. The 1978 junior worlds generated international attention in Allentown, Penn., where the track championships were held on the Trexlertown Velodrome, and in Washington, D.C., where the road races were held in Rock Creek Park. 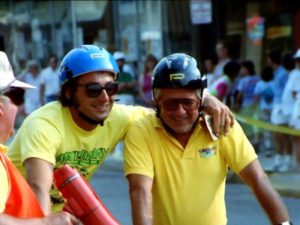 Otto Wenz on a bike on the right.

From 1975 to 1979 Wenz served as president of the U.S. Cycling Federation, and afterward directed and chaired various USCF committees. Wenz served as chairman of the 1986 World Cycling Championships in Colorado Springs, the first full worlds program in the United States since 1912 and perhaps his most important contribution.