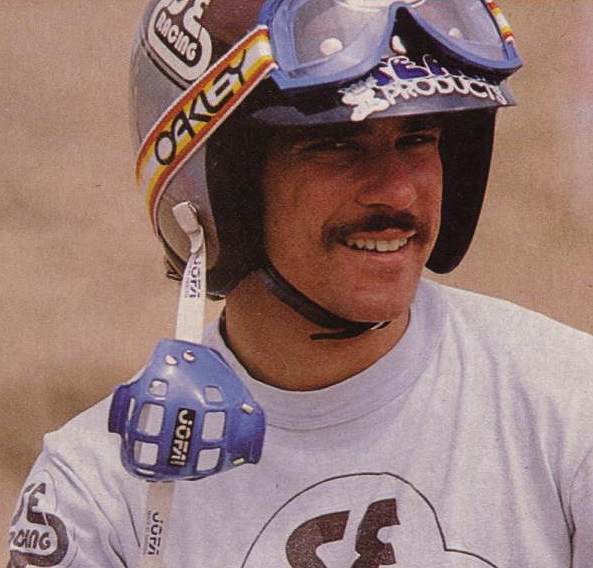 Biography
Born 1959 in Santa Monica, CA., Perry was the 1979 Pro World Champion, winning the Pro Class at the 1979 JAG International World Championship. Other international championships include first place for an International Race in Japan, 1980; the Avro Invitational Fietscross race in Eidnhoven, Netherlands in 1980; and the New Zealand Summer Nationals in 1983. In 1976, he placed second for the NBL Nationals, and placed fourth as NBL Pro in 1979 and 1980.

In 1978, Kramer assisted Scot Breithaupt to establish SE Racing, a BMX company that today is owned by Fuji Bicycles. In 1979, he created and promoted a BMX bike named the “PK Ripper”, using his initials. The bike is still being produced and sold today. In 1978, Perry began BMX schools and turned that into what was promoted in 1980 as “Perry Kramer’s Pro School of BMX”. That year’s tour was sponsored by BMX Plus magazine.

← Paul Dudley White Phyllis Harmon →
We use cookies on our website to give you the most relevant experience by remembering your preferences and repeat visits. By continuing to use this site or by clicking “Accept”, you consent to the use of ALL cookies. Privacy Policy
Accept All
Manage consent