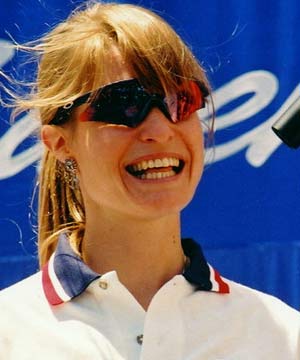 Biography
Rebecca is a six-time World Champion in the Individual Pursuit event. She is also the recipient of 16 U.S. National Championship titles, in addition to an Olympic Silver Medal in the 1984 Road Race in Los Angeles and a Bronze Medal in the 1992 Barcelona Olympics, in the Individual Pursuit event.
Her diversity as a cyclist has been evident as demonstrated by her ability to win on the track, in road time trials and road stage races. In 1984, Rebecca won the inaugural HP Women’s Challenge and went on to win the following two editions as well. She began racing in 1977 and won her first National Road Time Trial Championship in 1981, at the age of 18. 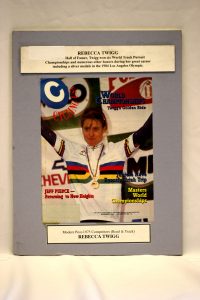 In addition to her athletic prowess, Rebecca was also known for her accelerated educational endeavors. She entered the University of Washington at age 14 after completing the 8th grade. In 1985, she completed her studies following a hiatus to compete in cycling. In 1997, at age 34, she was still competitive in cycling, placing 3rd at the U.S. National Road Time Trial event.