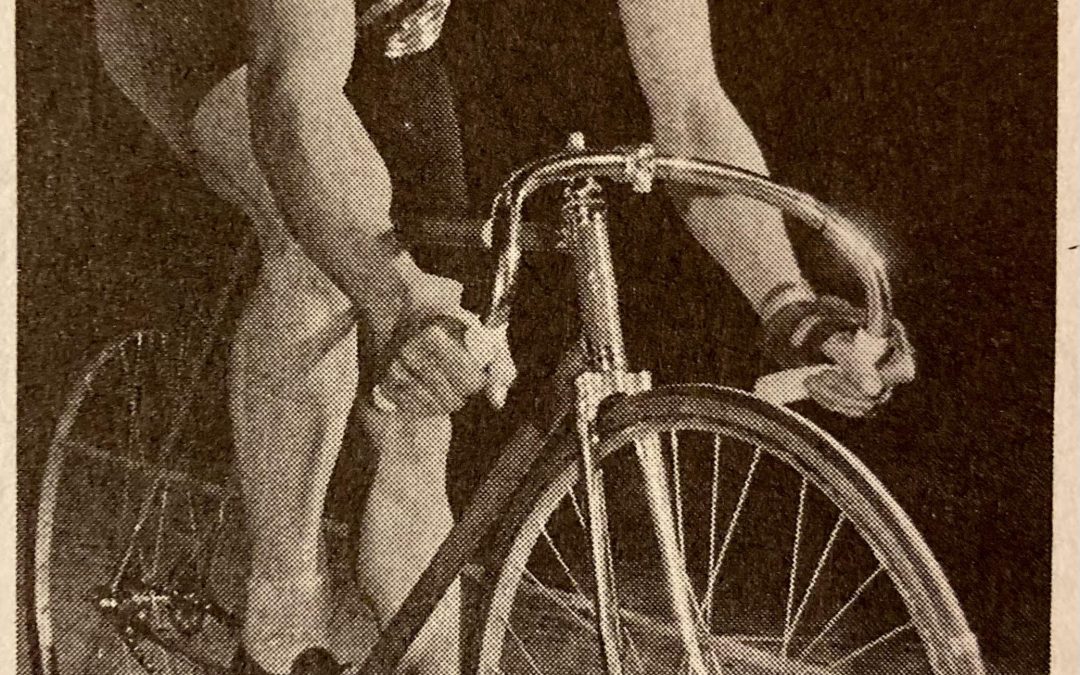 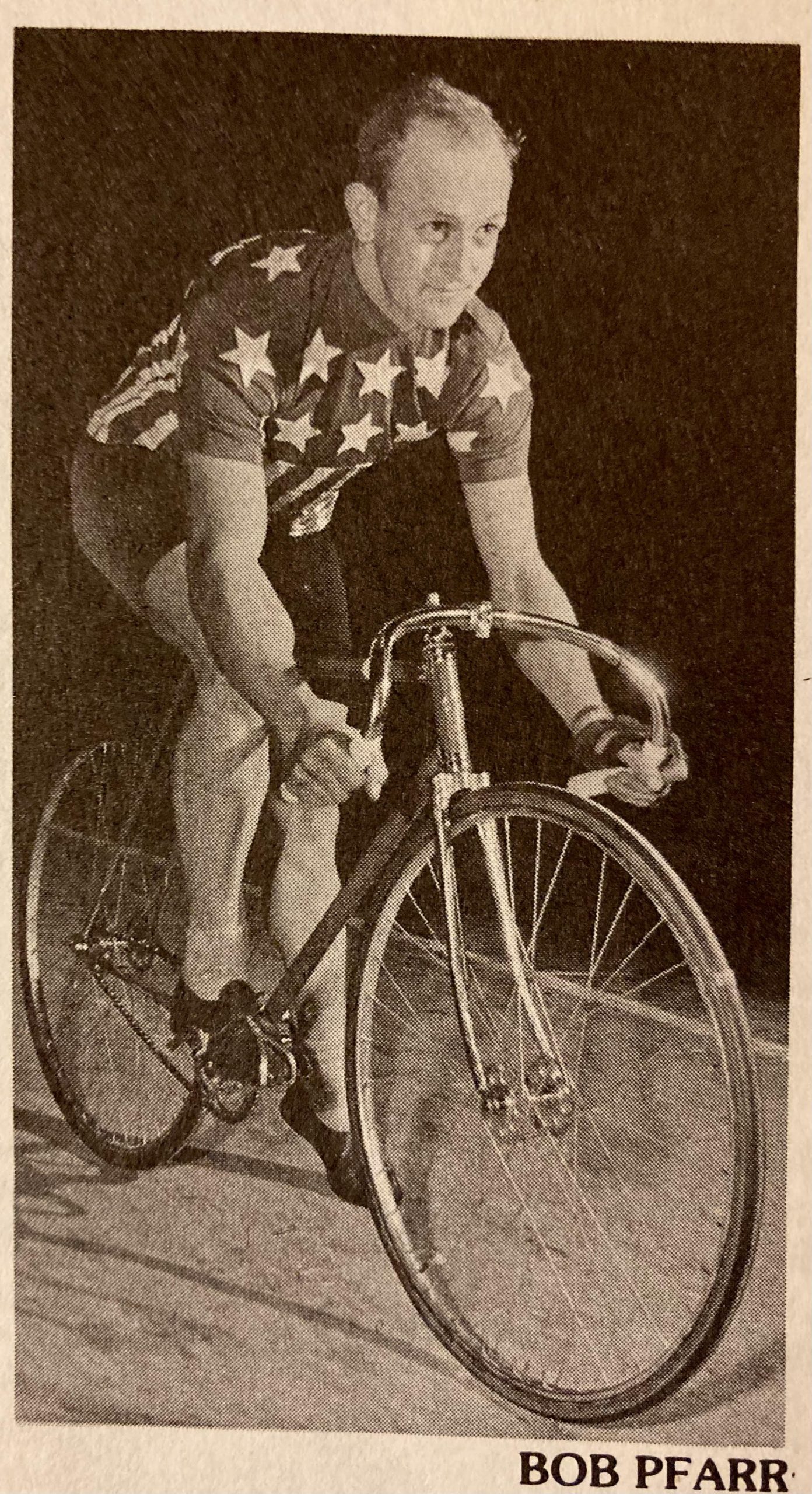 Born in Kenosha, WI. Pfarr started racing in 1935 and won the Wisconsin Junior State Championship. He held the Wisconsin State Senior Champion title for 20 years. Pfarr was a member of the 1951 Pan American Team and was also a member of the American Amateur Goodwill Team that raced in Japan for a month in 1951.   The Goodwill team was coached by Fred “Pop” Kugler.

Bob raced for 60 years and was co-founder of the Kenosha Wheelmen Club in 1945 and served as their president for 40 years.

1950 Championship:  Robert Pfarr, racing as a 29 year old auto mechanic from Kenosha, Wis., won the 1950 National Amateur Bicycle Championship in the senior division without placing first in any of the 4 races held in rainy conditions at Johnson Park, New Brunswick, New Jersey. The two day event was condensed into 1 single day of racing after rains turned the Johnson Park track into a quagmire.

Pfarr scored 9.5 points to win the crown by a half a point margin over Bob Travani of Detroit who had scored 9 points in the first two races: the one and two mile events. Travani was shut out in the 5 and 10 mile races where he only needed to finish 5th or higher to win the national championship.

Pfarr dethroned Jim Lauf of Hydes, Md. who had flown to the races in New Jersey from Liege, Belgium to defend the championship that he had won the previous year in San Diego.

After failing to place in the one-mile senior race, Pfarr came in second in the two-mile event, behind Bob Travani.  Pfarr then took a third in the five-mile open (after Gus Gatto and Richard Cortright), threading his way through a large field down the treacherous home stretch which had a curve about 100 yards from the finish line.

In the final senior event, the 10-mile point race in which riders were scored on the basis of sprints every mile, Pfarr tied for fourth with Barney Vander Valk of Hawthorne, N.J.  The 1.5 points he gained on the split gave him his winning margin for the 1950championship.

Pfarr was also the Wisconsin state cycling champion in 1950.

At the same 1950 national meet, Bob Travani’s sister Doris Travani won her fourth consecutive national girl’s championship by winning all three of her one-mile races.  Had Bob won the national championship, the Travani’s would have become the first brother and sister team to win national titles since 1940 when Furman and Mildred Kugler from Somerville, N.J. won the senior and girls’ crowns.

Partially adapted from original reporting by Les Shapiro and the Newark News.