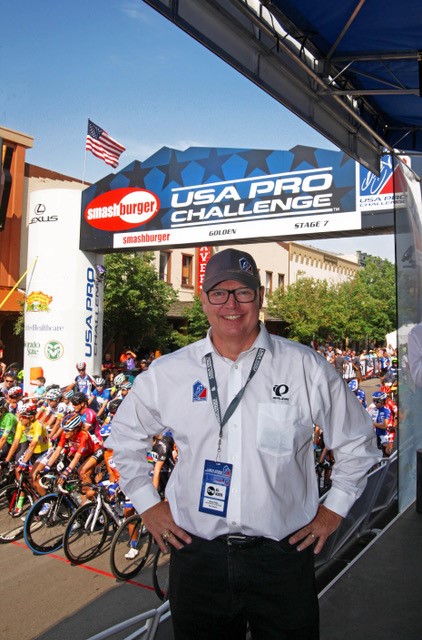 2019 Inductee: Contributor to the Sport

Sean Petty has been involved in the administration, promotion and management of cycling programs at the highest levels in the United States and internationally for over 36 years.

From 1985-1990 he managed the 7-Eleven cycling sponsorships for men, women and juniors road and track teams, including the first U.S. pro men’s team in the Tour de France; a national road series; a national track series and 7-Eleven’s sponsorship of the 1986 UCI World Championships in Colorado Springs.

From 1994 to 2014 Sean held senior management positions at USA Cycling and managed an array of programs including national team programs, marketing, sponsorship and international relations. He was the cycling team leader for Team USA at the 2000 Olympic Games in Sydney.
He has served in various capacities at 51 UCI World Championships in various disciplines including road, track, mountain bike and BMX. He remains as a consultant for USA Cycling.

Petty now serves as a volunteer board member for several cycling organizations including the Union Cycliste Internationale (UCI), U.S. Bicycling Hall of Fame and Bicycle Colorado. He is the only UCI Road Commission member from outside of Europe and has served on that commission since 2005. As a strong advocate for women’s cycling, Petty served as the race director for the USA Pro Challenge women’s race (2015) and the women’s Colorado Classic (2017-2019).