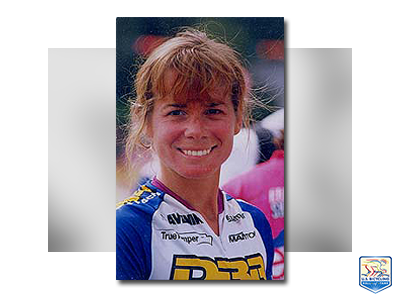 Biography
Susan DeMattei was America’s first Olympic medalist in the newly recognized sport of mountain biking. She earned a bronze medal during the inaugural competition at the 1996 Atlanta Olympic Games and remained the only U.S. medalist in the sport until the 2012 London Olympics. 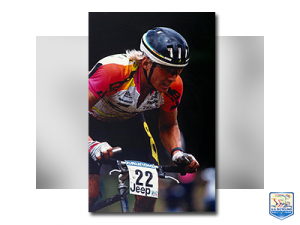 A late comer to cycling, Susan didn’t start riding and racing until she attended college at Chico State University. Her natural abilities developed quickly and by 1990, she was carving out a place for herself among the sport’s elite cyclists while competing on the NORBA national racing circuit. She traveled the globe competing in many World Cup events but she always enjoyed racing for the hometown crowd back in the States. Susan raced well on U.S. soil and was proud to win the silver medal at the World Championships when they came to Vail, Colorado in 1994. She now resides in Gunnison and is married to fellow world class cyclist David Wiens.
Other Honors:
1992 UCi World Cup MTB XC, Mammoth Lakes, 2nd –