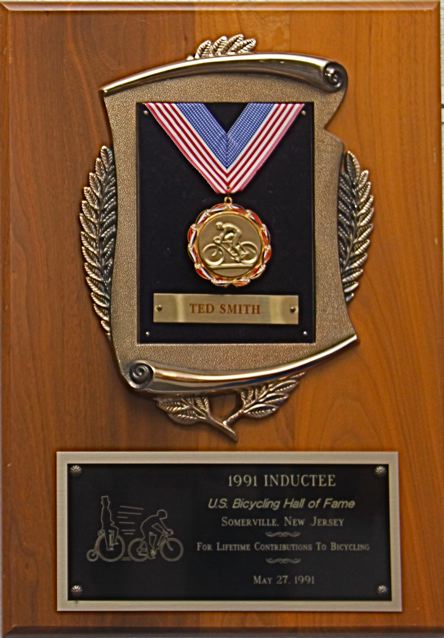 Biography
Ted was the Amateur Bicycling League of America Champion in 1945 (the youngest champion to date), 1947 and 1948. He was a member of the 1948 U.S. Summer Olympic team in London.

He raced in Belgium in 1950 as a professional becoming the first US rider to race in the World’s Pro Road Race Championships.

In 1961 at age 33, Smith competed in a Madison Square Garden Six-Day Race. Following his retirement from competition, he served as a  cycling coach and official.