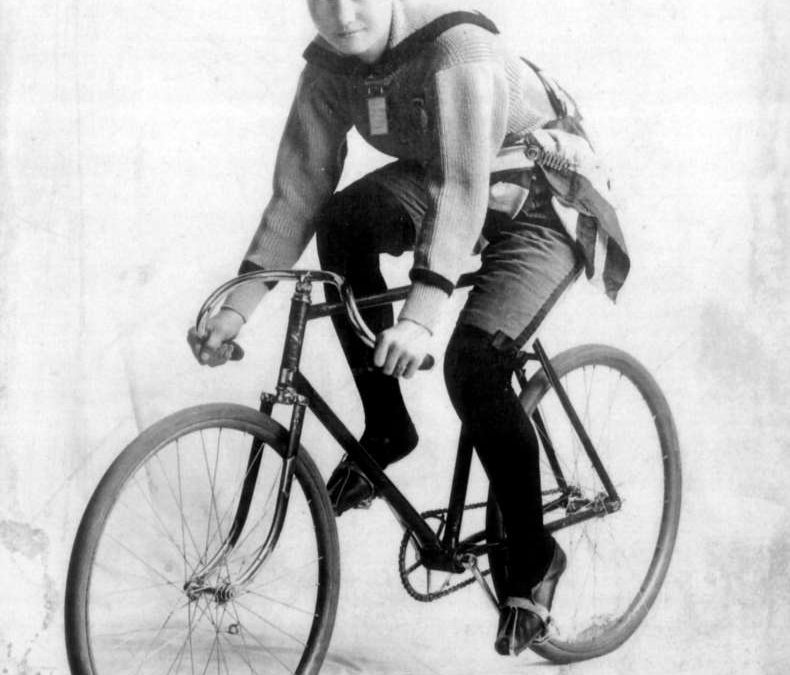 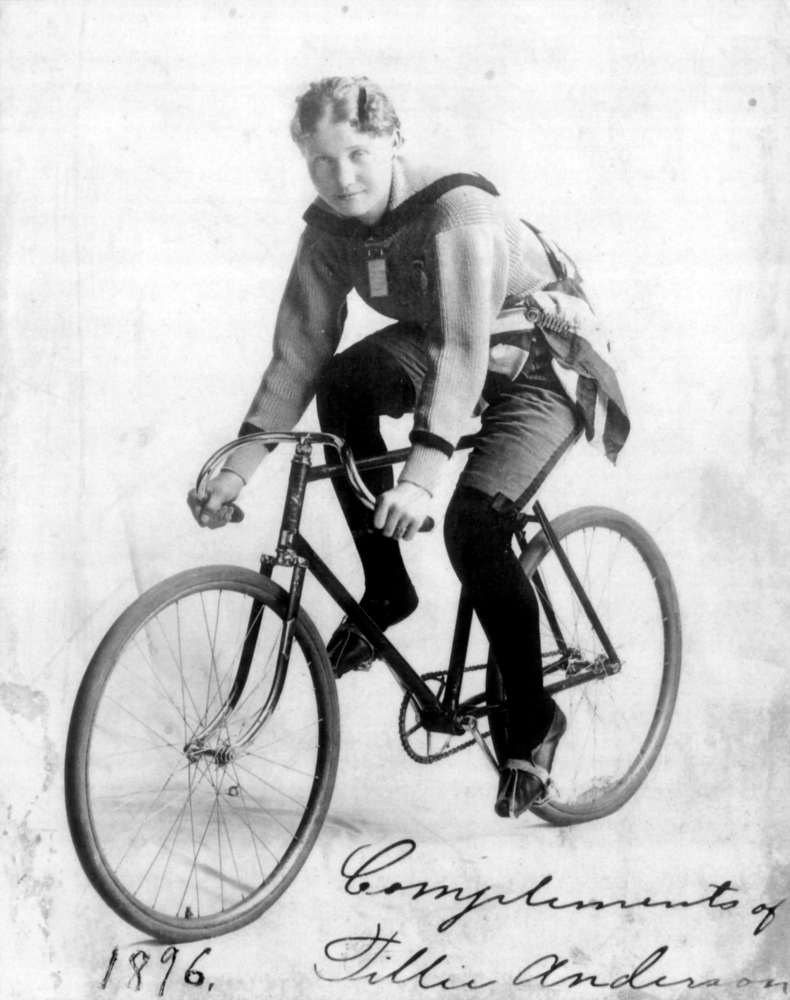 Biography
Tillie Anderson, emigrated to Chicago at the age of 14. At 16, during the summer of 1895, she took part in the race over the Elgin-Aurora, IL. Century course and broke the century record.

She later traveled around the country taking part in six-day bicycle races for women, which involved racing at top speed two hours each evening for six consecutive days. Tillie was 18 years old when the League of American Wheelman recognized her as the best woman cyclist in the world.

Anderson held records for practically every distance form sprinting to endurance. She once rode a half-mile in 52 seconds. On another occasion she rode 100 miles in 6 hours 52 minutes and 15 seconds. She entered 130 races and was first over the finish line in all but seven races. She remained the champion of the World until retiring in 1902 when women were barred from racing due to the level of danger involved in the sport. Tillie was active in the L.A.W. and the Bicycle Stars of the Nineteenth Century organizations until her death in 1965. 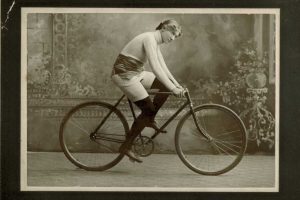