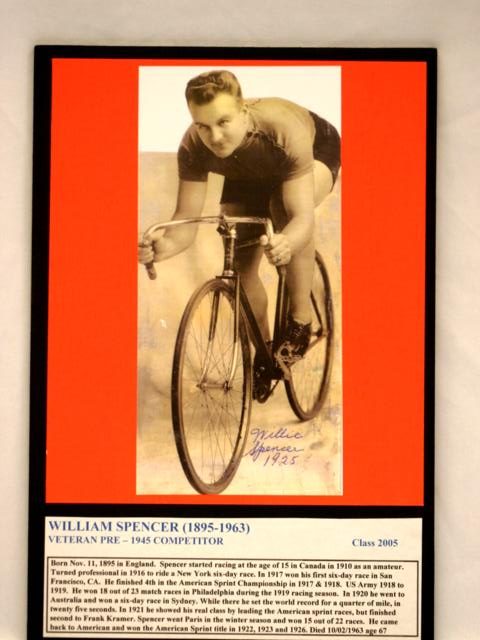 William Spencer turned professional in 1916 to ride a New York six-day race. In 1917 Spencer won his first six-day race in San Francisco, CA. He finished 4th in the American Sprint Championship in 1917 & 1918.

The US Army drafted him in Aug. 1918 and he served until January 1919. After the war he went to Europe to race. When he returned, he came back to win 18 out of 23 match races in Philadelphia during the 1919 racing season. In 1920 he went to Australia and won a six-day race in Sydney. While there he set the world record for the quarter mile, in twenty five seconds.